regarding the s20 device which I received on JULY 26th 2020. I activated the device on july 30 2020. After using it for 2-3 days I observed the mobile is getting overheated while the camera is used and also while talking. So raised a complaint on AUG-3 and asked for pick up. They didn't respond to the pick up request, none of the service center people contacted me.

After few days I raised a second request, this time I received a call, but I was not available on that day so asked them to come another day. Without even my notice they canceled  the request. Then I raised the third request, the same got repeated so I visited the service center although situations are not good outside.

After visiting service center, people there observed the device, measured temperature while recording video and confirmed its getting over heated but not ready to take mobile. They tried convincing me saying s20 mobiles are getting heated like that only, and nothing is there to do from there side. After some arguments they took the device, saying you need to contact customer care people in parallel. Later they just closed the request saying the device is working properly.

I am not ready to accept the solution and argued with multiple people(customer care and service center people) to recheck. After multiple follow up's (for one week) with service center manager and call center they confirmed there was an issue with motherboard.

Again after multiple conversations with call center people they connected me to the supervisor, after a couple of discussions with the supervisor, he connected me to samsung head office and he took one week to validate documents and to talk with his head. Now he is saying the device cannot be replaced. For all the above data I have call recordings.

again after 1 week they came back and saying temp is 41degree  for 10 mins playing games, as per the guidelines until mobile touches 48 degrees temp they won't consider it as an issue
any person cannot hold a gadget of 40 degrees .i can feel heat when i hold the device.

that means we are not suppos
my mobile is in service center from past 1 month and yet no conclusion they are not able to tell yet issue is present are not.

every day i am spending min 1 to 2 hrs in talking with this service center , call center people.
and guy from samsung head office he never respond to mails. 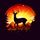 MrHanamant
Active Level 5
it's all about that junky exynos processer,try not to go with them,as persnol experirnce this processor overheat,so u will adjust in future.
0 Likes
Share
Reply
Reply
Loading...
Highlighted

We apologies for your inconvenience. Please visit this mentioned link to resolve your device heating issue: https://www.samsung.com/in/support/mobile-devices/why-the-device-heats-up-during-use/