I contacted Samsung team through Samsung Members app for issues with my Note 10 plus, Galaxy Watch and Buds Live but I am getting poor responses like - resetting the phone (which I have already done few times, Samsung can check the logs) - providing a link for trouble shooting which helped for nothing - telling that there is an ROS concept (due to which the options are changed for calling screen) and etc. For a common person who has used multiple devices, resetting the phone is a self-assessed resolution.
At first I reported the issue on Samsung Members app, then tried writing the CEO but "Email to the CEO" does not work anyhow. then why to mention that on the website? So your website also does not work properly. After typing this long message and submitting it said "you are trying to contact us from an unauthorized webpage????? Seriously???

Now I am describing the problems.

Problem No. 1:
I spent a good amount of money to buy Samsung devices for which I am suffering right now. Better I had bought an iPhone where at least Apple keeps a track of their own updates and satisfies customers without giving them lots of gimmicks.

1.1:
The option of SIM1 and SIM2 calling directly from the recent call logs is removed in android 11 update. Please give it back. It is very bad that Samsung removed a good feature in the software version. Screenshots are attached. The bright background screenshot with blue marking is of android 10 calling screen. And the dark background screenshot with yellow markings is of android 11 on my Note 10 plus. I need the SIM selection as per the bright background picture. In the update One UI 3 and further 3.1 the old option to select the SIM from the calling screen itself is removed by Samsung. It is a simple missed thing by Samsung which needs to be resolved.

1.2:
After restarting OR anytime it feels, the phone lags in touch responses, opening apps(please don't add one more excuse that the app would have been causing the issue, It is phone manufacturer's responsibility to work on that or control the apps which is out of your control though as an excuse already been made I guess)

1.3:
I have a 46mm galaxy watch which misbehaves multiple times. Earlier it used to show a text message notification constantly for the whole day after restart. And that text msg used to be an old one which was unread but it picks randomly and keeps appearing on watch. It was now fine with an update received for watch on 22nd March 2021. But I am now surprised that the update has brought a new problem of counting floors climbed (with samsung health app). It counts floors while I am walking or running on a plane surface, instead of 14 floors it shows 110 floors. My God, I was so happy that I exercised this much!!!!!!! Surely the earth moved up and down to calculate the floors, "all thanks to samsung update. How and why the hell do these things happen?"

1.4:
I have galaxy buds live. Since the last three months it has been misbehaving. At the time when noise cancellation is on, whenever some loud noise (low frequency sound from outside i.e. subwoofer beat) is captured by it's noise cancelling system, it gives a cracking sound in the speakers which is not supposed to be so.

1.5:
Face unlock sucks. Every once in a while it forgets me. Hell I don't change faces or I might be Mystique of X-MEN wanting to bother Samsung. And in low (even not so low) light forget the Face unlock. Start struggling with finger unlock then. I am seeing people using iPhone face ID around me daily and it works very well. What is wrong with Samsung? I think I am a victim of facial discrimination by using your "AI" in the phone software?

1.6:
Finger unlock is very pathetic (Pathetic already covers "very bad") - guess what it would be like when I wrote "very pathetic". It is a - no it was a - flagship phone right??. I am attaching the photographs of my fingers also which are registered with the same conditions shown in the photo if you are still not convinced.
1.7:
The response from the gestures for home-back-recent apps work as and when they wish to. Great software crap.

So Samsung is irritating me now. At least apple takes care of customers by not doing so. If you have implemented something like the SIM selection options then please sustain that model if you have offered it earlier. Once you give an alternative then you give excuses of "the ROS concept (whatsoever)". I mean when Samsung will stop experimenting by getting huge money for products like note 10 plus, buds live, galaxy watch, AND THEN - FORGET IT. CUSTOMER HAS BOUGHT IT. NOW WE CHANGE AND MANIPULATE THE THINGS SO WE CAN EARN MORE.

Give me a solution. How cannot I feel that I wasted money on these things. And if my attempts of getting Samsung's attention are a failure then let me know if Samsung will give me the money back - I already presume the excuse being made in the name of some crap "policy".
From your team 3 people contacted me replying to the error reports in Members app, but it seems those are just names of people behind your team of "auto response" which really sucks.
And by the way my phone is still in warranty if you want to waste more of my time by taking it to your service station and then not working on it and giving me back the phone with the same old excuses. Seems Apple has hired your best people.

Shall I even think of getting a good - not poor - not the same old - response?
6 Likes
Share
Comment
7 Comments

Galaxy Note
Now you will get a chatbot response only. They will not read your comprehensive note.👍

Galaxy Note
I have sent an email to customer service head (i hope he is not a bot too🙄) with photographs of my fingers. Will see what comes out.
0 Likes
Share
Reply 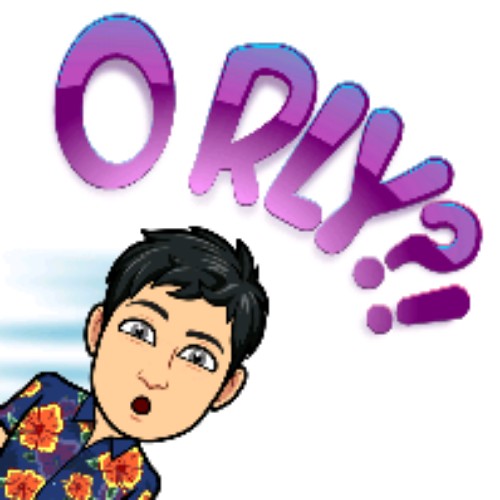 Galaxy Note
Prepare a legal notice and send it....I am doing the same for poor workmanship of their service center ....I have not spent hard earned money for piece of brick that I have to manage......