So here I'm writing my Problem or Story About “discoloration” screen issue in my Device It's accrued By Faulty software. By Samsung

I received my monthly security patch update for the month of March 2020 via OTA (over the air). Upon updating the above mentioned security patch, I started to face screen flickering issue. Thinking that, it is a lag, I restarted my phone. Now, the real problem started 11th February . The display turned pale Green . Initially I thought it might be because of Blue Light Filter. Upon switching off Blue light filter, the problem was not solved. I also started getting horizontal lines on my screen which was surprising and the phone would heat up severely, not letting me to use it for sometime. After end of day it totally green color display it not touch working. Fully green color display show on  My Note 9

To conclude, from my observations above, it is clearly evident that, the problem which I am facing is purely software glitch and not a display problem as suggested by your service center engineers. First they said its a display problem and then i explained every thing to them and they don't even care about it. I have been using note series from samsung note 4 .while contacted customer care today 13th of Feb. They simply reject my mobile by saying physical damage .my phone has no physical damage till now only minor scratches here and there in 2 years of usage. they cant do nothing warranty of the phone is over u have to pay Rs 17 k to get a display replacement. Now samsung also joint the party by creating a problem and sell the solution . i still don't know why should I hove to pay for there created problem. People around the world including me purchase high end smartphones from Samsung with a trust in quality and assurance, which the Company has built over the years. With this trust and belief, I hope and look forward for Samsung India to acknowledge this issue by providing me with a comprehensive solution.

sensam
Active Level 7
the only solution is to replace the display. check with customer service. I also faced the same problem, after changing display it's fine.
1 Like
Share
Reply
Reply
Loading...

Nirmalniku
Active Level 2
In response to sensam
how much u paid for display
0 Likes
Share
Reply
Reply
Loading... 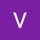 Nirmalniku
Active Level 2
In response to bskpatnaik
Actually scamsung have to replace the display for free for this issue but they won't if there is small scractes they simply say phone is physical damage they charge customer 17k for this issue.they are very greedy like other company first they create a problem then sell a solution. they never create a problem for current flagship only a one year old or warranty over product.
0 Likes
Share
Reply
Reply
Loading...

Nirmalniku
Active Level 2
I bought it on sep 18.but service center in my home town tuticorin rejected my device as it might be physical damage.
0 Likes
Share
Reply
Reply
Loading...