Galaxy M
After the much hyped campaigning I fell into their trap and bought the first samsung device of my life. Though I had no intentions or need to buy a device more than 10k still I loved the specs and bought it on the first day of it's sale.
Now here comes the fun part. I got it delivered on 29th september 2019 and I received the first software update which was about 120 mb I don't remember exactly. at that time I was travelling with my family from 4th of October. Took a lot of pictures with this handset and I was really impressed with the camera. And while travelling I used the phone for navigation in roads, cabs, checked the speed of the train etc and it worked perfectly.
but after the second software update which was again small in size like less than 150mb the navigation system of the phone was broken. Now this works only when I'm in a completely open place. It doesn't work inside my room, doesn't work inside any kind of vehicle like bus train etc
I complained many times to samsung but of no use everytime they replied with the same answer like insufficient log files. ok I lived with that. from that point the phone was doing okay there were no other major issues.
now after 28th feb 2020 the in which I got the march security patch update the scenario is completely different.
1. Now the phone is heating up too much especially when using two sim cards. though I keep the second sim in 2g only mode. There was no such issue like that before. even when opening very small games like ludo king I'm getting high temperature warning from game centre.
2.With two sim cards I was getting around 13-14 hours of screen on time in a tenure of 2 days in my kind of usage which drastically dropped to 10 hours just after the update. THIS PHONE WAS SUPER STABLE IN TERMS OF IDLE DRAIN IN MOST OF THE NIGHT IT DIDN'T DRAIN A SINGLE PERCENT OF BATTERY BEFORE THE UPDATE. now it drops almost 3-4% every night.
3.the battery goes crazy after 30%. if I keep the phone idle after it reaches 30% it drains 2% per hour.which is insane keeping in mind the fact that I don't keep a single app in the background and always keep the mobile data off while not in use.
4.the phone used to charge completely(0-100%) in 2:30 mintues at a rate of 41% per hour. now ut takes almost 3:10 hours at a rate of 30% per hour. and most important IT HEATS UP TOO MUCH WHILE CHARGING FOR SAFETY NOW I ALWAYS CHARGE MY PHONE IN SWITCHED OFF MODE.
5.and at this point I see the camera of the phone lost its grace. It not like before. the pictures appear pale I miss that brilliant dynamic range contrast and colour. I don't know if samsung is doing that deliberately because they are launching too many handsets at same price point but if that is it is a cheating to their customers.
* 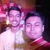 Galaxy M
I play Call of Duty and Shadow Fight 3 and those are really resource intensive games and they do not cause any issue. My primary device, Galaxy M20 can also handle those easily, talking abiut M30s, I haven't faced any issues. Get your device checked once.
1 Like
Share
Reply

Bro, After update my phone is also facing same problem means it's not rebooted. It strucked up with SAMSUNG on display. I don't know wat to do in this lockdown period. Already 1 week over. No support from Samsung team also. If any one knows about this problem please send the details to 8380027390. TQ

Galaxy M
Are you also facing issues with random reboot and stuck in bootloop? I am facing the following problems after the Android 10 update
1. Heating
2. Random Reboots
3. Stuck in bootloops

Heating isn't a big issue with me I can bare with that, but random Reboots is very annoying and it reboots it's stuck on the Samsung logo for significant amount of time
0 Likes
Share
Reply

Galaxy M
as I have not updated to android 10 I'm not stuck on bootlogo. But I am facing random restart and extreme heating issues. yes the restarts are too annoying but the heating is also unbearable for this **bleep** heating I can't play any game can't make a video call to somebody I mean I am scared to do that. That much of heating I am facing. And third battery drain after 30%
0 Likes
Share
Reply

Galaxy M
What is the frequency of the reboots?
I am having atleast 2 reboots per day
0 Likes
Share
Reply

Galaxy M
it seems most of the m30s users are facing the bootloop issue.. it seems to have occurred after the ui 2.0 update... either way spoke to Samsung customer care explained the error also told that I have done hard reset and the issue still persist. the guy at the samaung customer care eagerly said that it's the OS crash issue and you need to do reinstallation of OS.. which of course they will do else if I do will bood the warranty.. have been advised to visit them after the lockdown is over..
0 Likes
Share
Reply