Foxhound
★
Brief Introduction
Call drop issues are not a new problem. Frankly speaking we have been facing this issues from the start we began to use mobile phones!
This problem is more eminent in the areas which have less mobile network coverage particularly in offices, College halls rooms etc, which are located deep in the interior of the apartment or building OR areas which have very less mobile towers.
As more and more subscribers are coming the problem is becoming more worse such that people are demanding the mobile operators that they provide only good mobile data and the subscription would manage it via WhatsApp calls!
Relation Between Vowifi and VoLTE
Before going in deep about VoWifi. I'll explain you the main relationship between Vowifi and VoLTE which became popular with introduction of Jio service.
So with VoLTE (Voice over LTE) you get Internet as well as Calls on the same signal or frequency. Your voice as well as mobile data are together encrypted and sent to your mobile operator.
As compared to the traditional network where mobile data and calls were on different frequency.
But now this is where the main problem starts. When your network is less your Internet would also be slow hence as a result your voice is also affected with several random pauses between tour speech.
VoWifi helps to solve this issue. It brings a brigde to provide voice facility with the help of your local wifi internet.
Concept of VoWifi 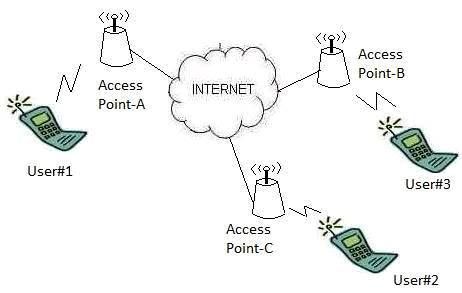 To solve the issue of poor call quality of VoLTE and take advantage of local wifi internet. Engineers came up with the concept of VoWifi.
The main crux of VOLTE is internet data. But if you want only Internet then why only through your mobile data. You can have it through your local fast and uninterrupted wifi. Therefore your voice data would be sent to your mobile operator via available wifi.
But as Wifi is usually unsecured network. You can get wifi on hotels, cafes or public places. Hence there is a risk of your voice being heard by a third party like "man in middle" attack. Hence VoWifi use the technology of IP SEC and Encryption. Talking in simple words it forms a VPN connection. It forms a tunnel between Wifi in which your phone is connected and the mobile operator's server. So the things coming in between like voice data are encrypted. So when you recieve any calls it would be routed via wifi.
But!! the catch in this technology is that for the secured connection as described earlier which is to be formed between your mobile phone - Wifi,
It is necessary to have at least 10% of the network coverage hence obviously if you remove your sim card VoWifi won't work.
Local wifi acts as only a major supporter of mobile networks but not a total alternative to mobile network.
Also note that this mechanism starts when you pick your call.
Plus it is not free, Your call balance if you have would be deducted as and when you speak according to your operator's normal plan or IUC charges.
How to use it
The main constain is the support of operator. As of now major operators like Jio and Airtel  have support for it. Plus you can use both in dual sim mode

Ekbadsha
Active Level 2
I saw every settings in my c9 pro phone but volt WiFi calling feature is not showing. as I'm on same network in phone as well on broadband
0 Likes
Share
Reply
Reply
Loading...
Related Content