Galaxy S
Dear Sir
I would like to share my customer experience
I bought this phone FOR RS 101759/- on 18th February 2021.
Background about me
I am a note user. I previously owned Samsung Note 8 and Note 10 lite and this was my third phone in the Samsung series. I bought the ultra model because the stylus pen was compatible with this model.

About the Incident
A few days ago when i was talking to someone on the phone and realised that the phone got disconnected because the battery was out. So I charged the phone and restarted it. I could feel all the vibrations when the phone started but was not able to see any samsung logo on the screen.
I restarted the phone again and had the same issue so left it to charge for a while ....to my surprise I could hear the ringtone and vibrations as someone was calling me but the display was completely blank
I tried to search about this issue on the internet and it turns out it is an ongoing issue and other users of S21 ultra around the globe have also faced the exact same issue in some or the other way. The same has been discussed on samsung community pages and other forums on the internet
Link 1attached:- https://r2.community.samsung.com/t5/Galaxy-S/S21-ULTRA-WENT-BLACK-SCREEN-SUDDENLY/td-p/7306192
Link 2:- https://forum.xda-developers.com/t/black-screen-of-death-2-month-old-s21-ultra-512gb.4255775/#post-8...
So I went to the samsung authorised service centre and since the display was not working I was asked if the phone went into water or fell from somewhere? To this I replied No... On close inspection the service centre people found white dots on the rear side of the phone which they were terming as dents while they were clearly white spots that often come on the phone through dust particles....When I asked them why they would use such a terminology they said this is what they are told to say...after that they found a small scratch on the screen and because of which they started making assumptions that the phone was mishandled and because of the small scratch and white dots the display was not working.
I felt like they had very little incentive to repair the phone under warranty. They just wanted me to pay more than Rs 20000 for the display and cost of service and had no clear explanation as to how a high end phone with the highest quality of gorilla display would stop working because of a scratch on the screen or dust dots on the back? Is this not a normal wear and tear? Does having a scratch on the screen make the phone go out of warranty? Is this flagship product having a cost of over 1 lakh rupees so delicate that the scratch on the screen would stop the display from working? Many users of samsung S21 ultra have written about the same issue on samsung forums and have got their phones repaired in warranty.... I have the same phone and the same issue and just having scratch or dot on the phone disqualify me from getting the phone repaired?
Service centres would not understand the concern because they have very little incentive to repair the phone under warranty. The person told me that they get only 220 rs to service the phone but if they sell me the part they would earn profit on the part as well. So why would they be interested? These are franchises and they are established to make money and customer experience is not a parameter that they are worried about. They would get debit note if they repair it under warranty so they have sent you photos of the phone.It may be noted that the second service centre has even opened the phone and have found no crack or anything on the display from the inside
It might be true that this service centre might not have received a case like this before as this is a fairly new phone but as you would see in the links above it is an ongoing issue.. There might not be many people but there are still a few unlucky users like me who have faced this challenge and having to fight for getting warranty on a 3 month old phone is really frustrating. All my data is on the phone and there are so many tasks that I am unable to perform because all the data was on the phone and I am struggling to get phone repaired since last 3-4 days

This is a very genuine problem and It did not happen because of any kind of impact damage or mishandling and three months ago I spent upwards of Rs 100000/- (One lakh) on a flagship Samsung device and I am being asked for more than 20000 rs to repair the phone for a manufacturing defect? I have already paid so much for the device and have to pay for the manufacturing defect as well?
Please help me here... I am a loyal Samsung user and am stuck in this difficult situation and I don't know what to do
6 Likes
Share
Comment
13 Comments

Galaxy S
These are the photos of the phone 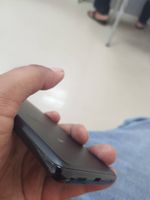 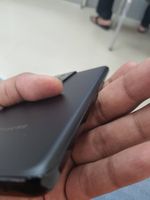 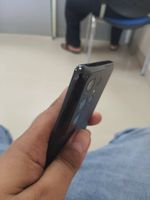 Galaxy S
They r fooling u. This r simple white patches that will go on cleaning up or polishing, regarding the warranty of display the procedure is to check the damages on the screen like Cracks, deep scratch, water damage, etc. Try to visit other service center, ull have to fight your way. They just want u to pay money.
I also recommend u to contact the manager and not the reception ppl, they r just not technical person and their target is to avoid warranty.
0 Likes
Share
Reply

Galaxy S
I have a small scratch on the screen too but that should not void warranty for the highest quality gorilla display on S21... This issue is already logged and they have made the phone go out of warranty in the system...
Manager is extremely scared that Samsung will send them a debit note if they repair the phone in warranty.. M

Galaxy S
looking this pic, the display got impact also the corner has got shredded, it's possible it got damaged by this. U won't get warranty I think, it will be taken as physical damage which won't be considered as in warranty
0 Likes
Share
Reply

Galaxy S
It did not get shredded.... It is a normal scratch that any other phone can have... It is not a deep crack and this is the problem they are assuming that the display is not working because of the scratch and dots and not considering that it is an ongoing issue that other users are also facing in s21 ultra
0 Likes
Share
Reply

Galaxy S
Yes it's possible that it can be due to impact or defective display. The thing is it cause can't be found until proper check is done. I recommend u to have a glass inspection...... if they give u certificate that glass is not impacted above bearing range, ull surely get warranty.
0 Likes
Share
Reply

Galaxy S
how will I get this certificate? And who will give it m
0 Likes
Share
Reply

Galaxy S
It's actually for camera glass, but give it a try link- https://chimicles.com/samsung-galaxy-s20-ultra-cracked-rear-camera-class-action-investigation/
0 Likes
Share
Reply

Galaxy S
You should use 'write to ceo'.
https://contactus.samsung.com/customer/contactus/formmail/mail/MailQuestionGeneralNew.jsp?siteId=592...
0 Likes
Share
Reply