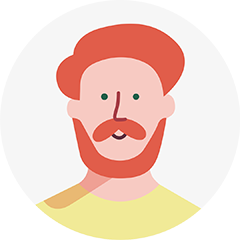 itsb
Active Level 10
Hey samsung why this app's automatically installed (it's from galaxy apps. not from play store) on my phone without my consent? I turned off everything like no auto update apps & i un-tick all your suggested app & I'm not even sign in. Bad practice samsung 😡🤬

itsb
Active Level 10
In response to smilysahul
(reply to your 1st answer)... using it from 6 days. i untick all when setup the device. & turned off auto update or install.
3 Likes
Share
Reply
Reply
Loading...

Back in the apps phone settings force stopping the app I assumed would sever the phone settings and the actual GS app from communicating. I turned off all permissions and abilities to change system settings. And then with it force stopped I was going to delete and wipe the phones horde of data used or collected by the GS app. Then when it was looking for its data if the app was reenabled it was looking for broken paths to missing locations. But they somehow still have communication because cleaning the phone side turns all of the app sides settings back on and gives the permissions and system settings access back.

I have not tried restarting in safe mode and being systematically minimized functionally  by design, the phone settings and app might not have the communication triggering the  app to reset control.

Making changes with stuff while in safe mode is also a good way to possibly brick your phone. I have already learned the lesson multiple times, it's better to be Clueless and safe, than it is to know enough to be dangerous.

I know enough its dangerous.

This has been the thought marbles I've been rolling around, and figured I maybe should share.

Let someone else who knows enough to not be dangerous take over.

I remember back in the day it was easy just to buy an app that would freeze bloatware until you decided to unfreeze it. If freezing an app caused problems you shouldn't uninstall it, but if there's nothing wrong with it frozen it was generally considered safe to completely uninstall it.

Some apps required phone to be rooted and some got around it somehow. I remember rooting my phone to only uninstall the bloatware and then unrooted it back to previous to not trigger the warranty voiding.

Then the manager of a cell phone store I was friends with told me that being rooted triggering voided warranty was the equivalent of Tattletale water damage stickers.

I know enough to be dangerous remember.

If you run your phone over, it's not my fault.

smilysahul
Active Level 10
In response to smilysahul
report to Samsung and ask the reason for it
0 Likes
Share
Reply
Reply
Loading...

How to stop downloading?