Galaxy A
Now Samsung's competitor Apple rollout IOS 11 updates and after I closely see it, I found 100+ new things and all of them impressed me, everything is become more improved. but I am still be the Samsung fanboy So I decided to suggesting you some new features, bugs to make Samsung Experience UI more enhanced.

1》Release updates more frequently. Its been years and still using old marshmallow, release Nougat update as soon as possible for A5 2017 and other important software updates to other devices too.

2》Add online lyrics syncing in Samsung music app. Take a look at musixmatch app. In this app who so ever song is playing its lyrics automatically shown when we online. add this feature in Samsung music.

3》 A notification sound when battery fully charged because some times phone we plugin charger at night as we fall into sleep phone continues getting power this might become dangerous. so a different notification sounds very helpful.

4》Samsung should add 3D touch / force touch feature not just in S8 home button it must be available to other areas too.

5》Assistant menu need improvements. basically make it more eye catching. It is very useful feature when my lock button broke I used assistant menu for a year and I just found that if we comparison with Apple assistant touch than Apple win, because of its UI, animations and other features. and icon of assistant menu is definitely not a menu icon it should some thing else. Enhance/improve Assistant Menu.

7》Status bar icons should be colourful like it used to be in Jelly bean touchwiz. look different, cool and provides good visual.

8》live battery icon, when battery fully charged its colour should be green and as it get low its colour start turning yellow and than near 20% it should be red and under 15% it must start blinking to grabe user attention.

9》Samsung must give us call recording feature bundle with Samsung Experience UI in calling screen.

10》A option to restore recent used apps when they all closed accidentally. or change the position of CLOSE ALL button somewhere else I often accidentally click on it.

11》Enhance AOD, when new notification came it's icon on AOD should blinking or bouncing with selected period of time. it will be very helpful to grab user attention.

13》 Samsung software developers must remove unwanted or nonsense stuff from it's Samsung Experience UI, I know something which should be remove completely like S voice, magnifier, user manual etc but still under the hood there are plenty number of things which just consume memory, Ram and battery only and which makes phone slow and less competitive to other phones like IPhone. introduce features only which is very useful in daily basis. Make OS more faster than IOS, reduce its size, reduce battery consumption because its all about OS. Samsung have more battery capacity and ram but even IPhone's with less battery capacity and ram beat Samsung in many cases.

Galaxy A
force touch is already there dude ..not completely but partly
0 Likes
Share
Reply

Galaxy A
No bro that's not force touch that's is long touch( press and hold long time will give more option) there is huge difference between long and force touch. force touch only works when we apply pressure on screen.
2 Likes
Share
Reply

Galaxy A
Updates are frequent .. there are so many phones to work on .. so it takes time .. we will recive them ..we just have to be patient
0 Likes
Share
Reply 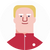