SAMSUNG A50 - THE BIGGEST ISSUE

Hi there!
Okay so lets put it way. I guess no one would have imagined such a false and worst product from the world's best electronics company. But certainly samsung proved them wrong.
So last week, I had purchased this Samsjng Galaxy A50, the so called best mid range phone. Though i had no plans, but my previous phone Moto G5S Plus got stolen last evening. Even though I totally prepared my mind to get one from Moto series only, as I've been using it since 1.5 years and it works brillant, superb performance. But later in the evening next day I thought I should just visit the market once to get a better idea and reviews, if there's any better product available. The first shop I entered Vijay sales, i first told them my budget that was b/w 14-15k, so they simply took me to the samsung arena and showed me the latest A series from samsung. And within 2 minutes, 4 people came and bought SAMSUNG A50, and then the Salesperson also said "Sir, i guess I dont think, i have to say something now. Simply close your eyes and get one. Nobody's even close to the quality or features offered in the phone." Then i checked some reviews online and asked few of my friends, everyone said you can go for it. Samsung doesnt really disappoints. Then i landed with the decision to get one A50 only. Though i had to borrow 5k extra from my dad, but somehow i managed to convince him. Just 1 day after the usage, i started FACING PROBLEMS. Let me state some:
- It has heating issue, if you use multiple apps at a time.
- The software UI also lags and at a frequent rate.
- Not good with the cellular networks.
Though its camera is really awesome and display and battery is also superb, but here comes THE BIGGEST ISSUE ........
NOT EVEN A SINGLE APP ( OTHER THAN SOME SOCIAL MEDIA APPS) IS LOADING/WORKING ON MOBILE DATA.
I was actually stuck somewhere and it was a really bad area, so i opened google maps to get out of that area. THE GOOGLE MAPS DIDNT WORK, I TRIED MORE THAN 50 TIMES WITH EVERY POSSIBLE SOLUTION. I TRIED OPENING OTHER APPS BUT NONE OF THEM WAS LOADING UP. I TRIED WITH TURNING OFF AND ON MOBILE DATA AGAIN & AGAIN AND ALSO REBOOTING THE PHONE, BUT THE PROBLEM CONTINUED....
Now I simply dont want any help from SAMSUNG. BUT I BEG to the concerned authority to please JUST REFUND MY 19900. Maybe you wont get the idea, how difficult it is for the middle class people, who works so hard to earn some normal standard life. And I request you to PLEASE STOP PEOPLE BUYING THIS DEVICE. As maybe my words could not be of value to others, but I AM REALLY CONCERNED FOR EACH ONE OF THEM AND MORE TO COME, and only you could help them and save their "khoon pasine ka paisa"
I am also attaching a screenshot of that incident, where i tried a lot but google maps didnt work even though the networks were good and browser was working superbly but not any of the apps.

navisingh
Expert Level 1
Its having dome issues but A50 is a good phone i have used approx every brand phone but you cannot say A50 is not good......This phone is having UI lags which can be fixed by updates
0 Likes
Share
Reply
Reply
Loading...

ganniH
Active Level 4
bro i got it 15 days back but i am not facing any issues like lag or network the inly problem is the stupid on screen finger print it is really bad even after update it some time recognizes and some times no and everything is fine for me i actually play games like pubg and asphalt they are so smooth too
0 Likes
Share
Reply
Reply
Loading... 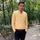 Strange796
Beginner Level 2
It has a huge bug when Always on display is on the brightness of the green in display fingerprint scanner stays low and doesn't even recognize my fingerprint and even one day the entire display touch stopped working unless I force restart it.
0 Likes
Share
Reply
Reply
Loading...
Related Content