Galaxy A
After months of testing, Samsung has finally started rolling out the Android 8.0 Oreo updatebeginning with the Galaxy S8 and S8+ in February. Since then, the company has been rolling out the update in various markets and on numerous carriers around the world. Recently, Samsung has also started seeding the Oreo update to the Galaxy Note 8, and the Galaxy S8 Active has received the update as well. Now that last year’s flagship models are already receiving the update, Samsung seems to be focusing on other Galaxy devices.

Galaxy S7 and S7 Edge may get the update this month

Samsung appears to be finalizing the Android 8.0update for the Galaxy S7, Galaxy S7 Edge, Galaxy A3 (2017), and Galaxy A5 (2017). All these devices have been spotted at the Wi-Fi Alliance with the Android 8.0 onboard for certification. Older phones undergoing certification with a newer version of Android signals that the public rollout of the update is inching closer for these devices.

The timing of this certification also aligns nicely with the previous report about the Android 8.0 update schedule for select Galaxy devices. According to this schedule from Samsung Turkey, the Galaxy S7 series should start receiving the Oreo update in April, while the Galaxy A3 (2017) and A5 (2017) are supposed to get in May. As usual, the update may take a few months before it reaches all regional and carrier variants of the above-mentioned models.

Even after sending out the update to all these devices, Samsung will still have dozens of recently launched Galaxy devices awaiting the Oreo update. Looking at the pace at which Samsung is rolling out the update, it’s clear that Google will release the next major version of Android before most Galaxy devices receive Oreo. To see if your device is eligible for the Oreo update, check out this list. 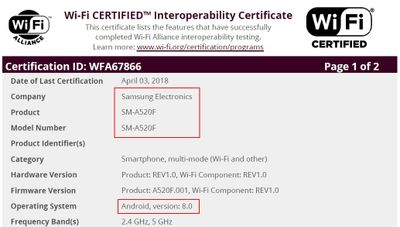 Galaxy A
what about A7 2017 oreo update?
0 Likes
Share
Reply 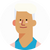 Galaxy A
when is it for uae roms?
0 Likes
Share
Reply