It looks like Galaxy A70 owners might not be the only ones faced with major issues after a recent update, as numerous Galaxy M31 owners have flocked to Twitter and Samsung Members to complain about the April 2020 security patch bricking their smartphones during the update process.

The firmware update containing the April 2020 security patch began rolling out to the Galaxy M31 in India earlier today. We were able to update the device without a hitch, but it looks like not everyone is as lucky. As yet, we have no information as to why some Galaxy M31 units appear to be getting bricked post-update. The issue with Android 10 for the Galaxy A70 was caused by a hardware mismatch, so it may not be the same for the Galaxy M31

For now, it looks like the safest way to get the April 2020 security patch for the Galaxy M31 is to download it from our firmware archive and flash it manually using a Windows PC. However, since we don’t know why this apparent issue exists in the first place, we advise you to proceed with caution regardless of the update method you may want to follow. If you don’t want to risk bricking your Galaxy M31, you should wait until more details emerge and Samsung clears things up. Especially now that Samsung’s service centers in India are shut down due to the COVID-19 lockdown.

We’ll keep you updated as soon as we know more. Fortunately, these types of situations will be avoided beginning next year when Samsung will be forced by Google/Android 11 to adopt seamless updates. 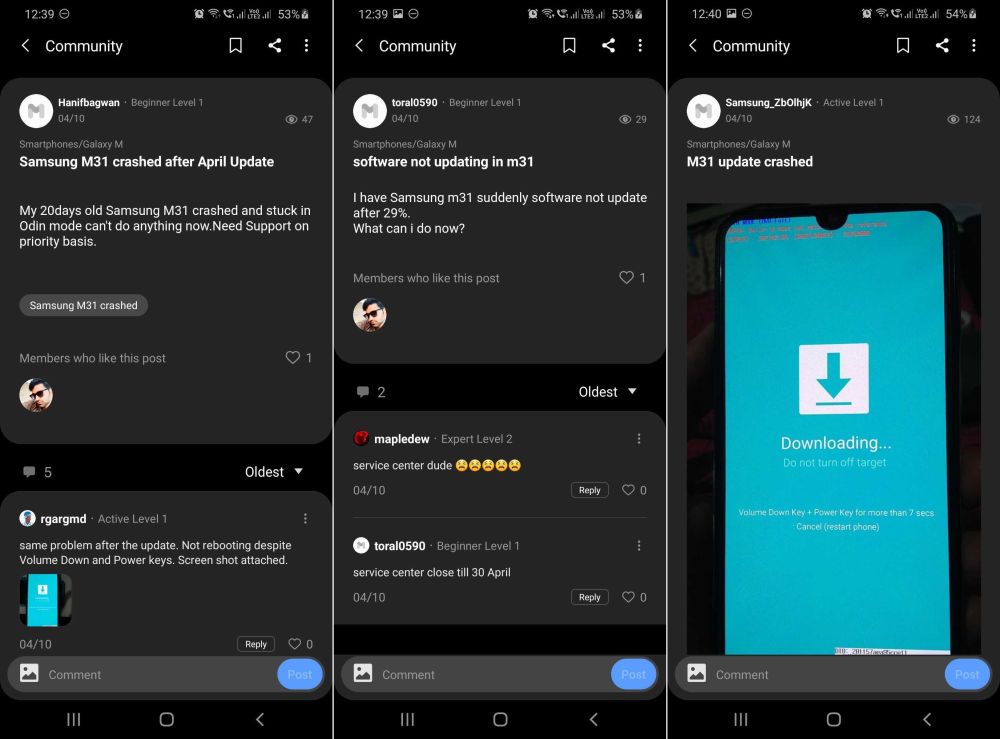 what is the solution?