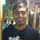 RAM (Random Access Memory) is the hardware in a computing device where the operating system (OS), application programs and data in current use are kept so they can be quickly reached by the device's processor.

RAM (Random Access Memory) is the hardware in a computing device where the operating system (OS), application programs and data in current use are kept so they can be quickly reached by the device's processor. RAM is the main memory in a computer, and it is much faster to read from and write to than other kinds of storage, such as a hard disk drive (HDD), solid-state drive (SSD) or optical drive.Random Access Memory is volatile. That means data is retained in RAM as long as the computer is on, but it is lost when the computer is turned off. When the computer is rebooted, the OS and other files are reloaded into RAM, usually from an HDD or SSD. 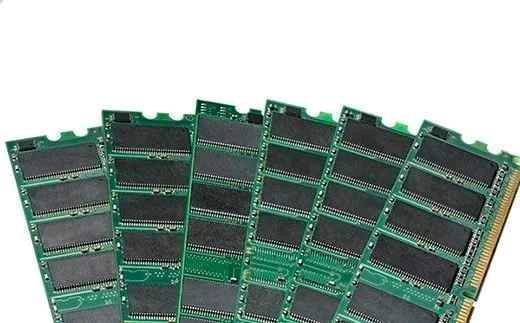 How does RAM work?

The term random access as applied to RAM comes from the fact that any storage location, also known as any memory address, can be accessed directly. Originally, the term Random Access Memory was used to distinguish regular core memory from offline memory.Offline memory typically referred to magnetic tape from which a specific piece of data could only be accessed by locating the address sequentially, starting at the beginning of the tape. RAM is organized and controlled in a way that enables data to be stored and retrieved directly to and from specific locations.
Other types of storage -- such as the hard drive and CD-ROM-- are also accessed directly or randomly, but the term random access isn't used to describe these other types of storage.
RAM is similar in concept to a set of boxes in which each box can hold a 0 or a 1. Each box has a unique address that is found by counting across the columns and down the rows. A set of RAM boxes is called an array, and each box is known as a cell.
To find a specific cell, the RAM controller sends the column and row address down a thin electrical line etched into the chip. Each row and column in a RAM array has its own address line. Any data that's read flows back on a separate data line.
RAM is physically small and stored in microchips. It's also small in terms of the amount of data it can hold. A typical laptop computer may come with 8 gigabytes of RAM, while a hard disk can hold 10 terabytes.

How much RAM do you need?

The amount of RAM needed all depends on what the user is doing. When video editing, for example, it's recommended that a system have at least 16 GB RAM, though more is desirable. For photo editing using Photoshop, Adobe recommends a system have at least 3GB of RAM to run Photoshop CC on a Mac. However, if the user is working with other applications at the same time, even 8GB of RAM can slow things down.

Dynamic Random Access Memory (DRAM) makes up the typical computing device's RAM and, as was previously noted, it needs that power to be on to retain stored data.
Each DRAM cell has a charge or lack of charge held in an electrical capacitor. This data must be constantly refreshed with an electronic charge every few milliseconds to compensate for leaks from the capacitator. A transistor serves as a gate, determining whether a capacitor's value can be read or written.

Static Random Access Memory (SRAM) also needs constant power to hold on to data, but it doesn't need to be continually refreshed the way DRAM does.
In SRAM, instead of a capacitor holding the charge, the transistor acts as a switch, with one position serving as 1 and the other position as 0. Static RAM requires several transistors to retain one bit of data compared to dynamic RAM which needs only one transistor per bit. As a result, SRAM chips are much larger and more expensive than an equivalent amount of DRAM.
However, SRAM is significantly faster and uses less power than DRAM. The price and speed differences mean static RAM is mainly used in small amounts as cache memory inside a computer's processor.

5G and the RAM market

In February 2019, the JEDEC Solid State Technology Association published the JESD209-5, Low Power Double Data Rate 5 (LPDDR5). LPDDR5 will eventually operate at an I/O rate of 6400 MT/s, 50 percent higher than that of the first version of LPDDR4, which will significantly boost memory speed and efficiency for a variety of applications including mobile computing devices such as smartphones, tablets and ultra-thin notebooks.

In July 2019, Samsung Electronics began mass producing the industry’s first 12-gigabit LPDDR5 mobile DRAM, which it said has been optimized for enabling 5G and AI features in future smartphones. 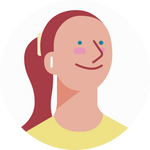