Ařpît
Expert Level 2
The electronic payment system has grown increasingly over the last decade due to the growing spread of internet-based banking and shopping. As the world advances more with technology development, we can see the rise of electronic payment systems and payment processing devices. As these increase, improve and provide ever more secure online payment transaction, the percentage of cheques and cash transaction is going to decrease day by day.

Electronic Payment System and Online Shopping.
What is Samsung Pay?
Samsung Pay is a payment app designed for the Samsung model phones. It works in the same way as other digital wallets and allow users to store their debit or credit card in their phone, which can be use by them to pay for things by holding over a card reader.
Samsung Pay is also compatible with UNIFIED PAYMENT INTERFACE ( UPI ), as Samsung has also integrated UPI into Samsung Pay with Axis Bank handling the transfers. With UPI, a user will be able to link his/her virtual payment address from various banks and send or receive money.
Types of Samsung Pay:
Samsung includes Samsung Pay in its devices in two types:
¤ Samsung Pay( By NFC or MST )
¤ Samsung Pay Mini
The major difference between Samsung Pay and Samsung Pay Mini is that " It doesn't support ' Tap and Pay ' capability seen on Samsung Pay.
Samsung Pay Features and Benefits:
Main Features and Benefits of Samsung Pay are as listed below:
• Feature:
¤ Credit and Debit card Transactions
¤ In store payments
¤ Online Payments
¤ In app purchase
¤ Pin No. Authentication
¤ Secured By Knox.
• Benefits:
¤ Gifts & Membership Card Transactions
¤ Authentication by Pin, Fingerprints or Iris Scan
¤ Anti-Theft Protection
¤ Bank Ac.Balance Check
¤ Pay Bills/Recharge
¤ Charge free operation.
How secure Samsung Pay is?
Samsung Pay relies on either fingerprint or PIN to authenticate, and the app itself is secured using Samsung's Knox platform, which provide an extra layer of security to its devices. When it comes to transmitting payment information, Samsung uses tokenization, which substitutes user's physical card's number with a unique identifier. User's card information isn't revealed, ensuring an added layer of security.

Samsung Pay article in New Indian Express News Paper
Card stored in Samsung Pay are protected against fraud by their issuing bank, and if a user phone is lost or stolen, then he/she  can lock his/her cards or erase them from other mobile phone using Samsung's Find My Mobile service.
What is Tokenization?
Tokenization is a method of replacing your sensitive payment card information (Card Number, Expiration Date, Security code, etc.) with a device-specific ‘Token’ which acts as a surrogate value. In mobile payments, Tokens are used to protect your payment information and to reduce the security risks inherent
How does Samsung Pay works?
The best part of Samsung Pay is that it offers both Near Field Communication ( NFC ) and Magnetic Secure Transmission ( MST ). It also offers Unified Payment Interface ( UPI ).
Essentially, Samsung Pay Copy the magnetic signal of a payment card and transmits that information wirelessly via a tiny coil located at the back of supported devices. (Thecompany acquired the tech from LoopPay ). Doing so allows Samsung
Pay to work with millions of older payment termina--ls that can't accept NFC payments. 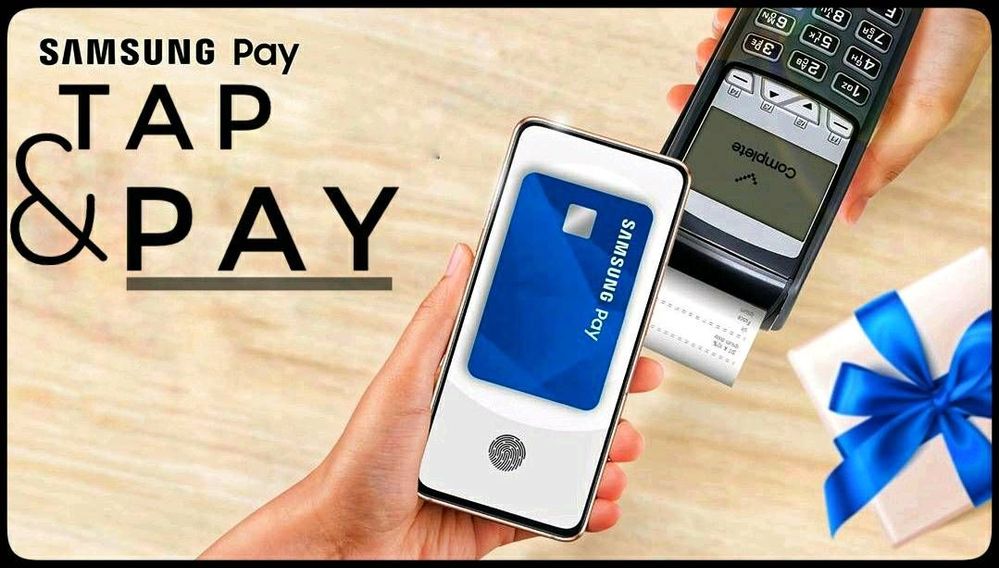 Samsung Pay's "Tap and Pay' and 'BHIM UPI".
Is there a transaction limit for Samsung Pay?
As long as a user making purchases that come under a lakh, he should be fine. To incentivize Samsung Pay, the manufacturer has rolled out several cashback offers that a user can avail once he get started with the service.
Which Bank's Cards Supports Samsung Pay App in India?
Following table present various Bank's Cards which support Samsung Pay: 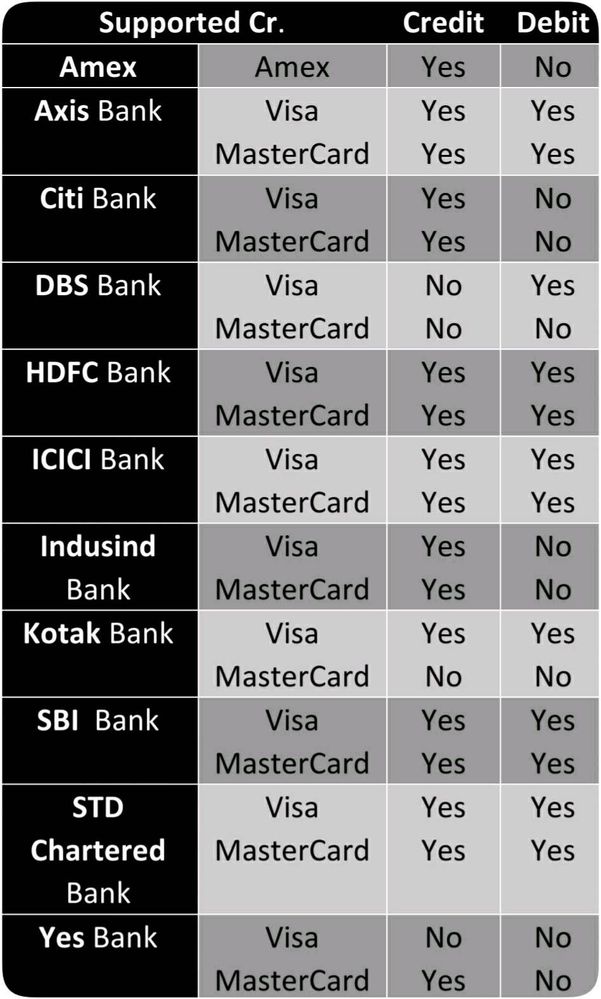 immi007
Expert Level 4
liked the way you put the points and nice mention of devices bro .

thanks for putting your time and effort for giving as a good thoughts and info about it
2 Likes
Share
Reply
Reply
Loading...
Highlighted

yvt
Active Level 4
I am from India owning galaxy a50 and my smartphone doesn't have nfc option
0 Likes
Share
Reply
Reply
Loading...
Highlighted