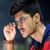 Tech Talk
So basically samsung has gone crazy
They launched First A71 with 30k price tag with some basic features and Snapdragon 730 chipset and In display fingerprint scanner.
Later they added features like
1. Alt z life
2. Full Manual control in camera app
3. Single take
And as expected this device didn't reach the expected selling point.
Later just few months ago they launched M51 with 25k price tag to undercut A71 but with One UI core , side mounted fingerprint scanner , 7000mAh battery and Snapdragon 730G(Only gpu is slightly better than SD730)
Later they added feature like
1. Secure folder
Today they launched F62 with 24k Price tag to undercut both M51 as well as A71 along with a flagship grade processor , full one ui , knox and Samsung pay support.
And they are offering features like
1. Exynos 9825 (7nm)
2. One Ui 3.1 based on Android 11 out of the box
3. Camera features with pro video mode
4. But side mounted fingerprint scanner alike M51
5. 7000mAh with 25watt like M51
6. 6.7 inch full HD plus Samoled (super amoled plus display) like A71 and M51.
So there is nothing wrong with these devices but they actually undercutting few months old devices respectively and this is wrong. So now there is no need to buy A71 because only for in display fingerprint scanner. Few days later M51 selling will be also start dropping. Now the fact is M51 and A71 will not get proper software updates as you're seeing now. These 2 devices will be least concerned devices for samsung. So the users will suffer a lot for this thing.
These are my thoughts. Share yours. Comment below 👇
18 Likes
Share
Comment
19 Comments

Tech Talk
It seems bad to some extent for sure. But this is called marketing. And I think (I am not sure) those said two old phones will get price cuts. And that will make them appealing..
4 Likes
Share
Reply

Tech Talk
M51 still can be in competition as it reached the price point of 20k around. But A71 is totally out of the race. A 30k device. Got a price cut and now it's available at 27k. Later it'll get hardly 24-25k price point. But that will be too late. Because A72 is on its way. So🥺🥺🥺
1 Like
Share
Reply

Tech Talk
No no. They're future generations. But I'm talking about A71. It's completely out of the league now. 🥺🥺🥺
2 Likes
Share
Reply