Apps that actually are designed for large screens

downside is that creating and editing documents requires a paid subscription to Microsoft 365, formerly known as Office 365.

VLC is the cross-platform media player that can open just about any video or audio file ever created, and the Android app functions very well. It has an integrated file browser (with the ability to view network drives!), Picture-in-Picture support, and other nice features.

The interface only has minor tweaks for tablets, like additional columns in the file viewer, but you're going to spend most of your time watching media anyway. VLC is also one of the few media applications I've tried where tapping the spacebar on the keyboard actually pauses the content.

Gmail is one of the few remaining Google apps that have a dedicated tablet interface. On large screens, Gmail has a two-column design, with your inbox shown on the left and the current message on the right. There are also a few keyboard shortcuts available for quickly managing messages.

If you're not a fan of Gmail, or you're just looking to try something new, Microsoft Outlook is another great email application for Android tablets. It works with third-party email services in addition to Microsoft's own Outlook.com, so you can use it without switching email addresses.

Outlook has a similar layout to Gmail on tablets, with columns for both your inbox and the currently-selected message, but there are a few differences. The list of accounts is always pinned to the left side, and a third column for inboxes/folders can be toggled by pressing the hamburger menu at the top-left.

Nebo is one of the best note-taking applications I've tried on Android. It can convert your hand-written sentences into text, and just like Evernote and OneNote, you can embed images, drawings, and other resources into your notes. The full list of features is honestly staggering.

There's one catch to Nebo: to use all the features, you need an Android device with an active stylus pen, like a Galaxy Tab S6 or S6 Lite. Nebo has a list of some compatible models here.

The regular Twitter app looks absolutely terrible on tablets, with tweets taking up the full width of the screen. You're better off with Twitter Lite, a repackaged version of the Twitter web app. It's not a native Android application, which is a bit annoying, but it looks significantly better on tablets.

Twitter Lite is only available from the Play Store in select regions, so if you can't download it, just open twitter.com in your mobile browser of choice and find the option to install it to your home screen (in Chrome, tap the menu button at the top-right and pick 'Add to Home Screen'). It's the same exact experience — just remember to enable notifications from Twitter's settings for full functionality.

Google Duo is probably the best video chat application on Android, and it works just as well on tablets as it does on phones. In fact, you no longer need a phone number paired with your Google account  when using it on tablets, which comes in handy for young children and other people without a phone.

Solid Explorer is an excellent file manager application, and it's one of the few options with a clean tablet interface. It has a dual-panel mode for viewing (and moving files between) two directories at once, support for network drives, batch operations, integration with various cloud storage services, and much more.

I don't often have to deal with moving files around on my Android devices, but if that's something you regularly do, give Solid Explorer a try. You can use it for 14 days before you have to pay the $1.99 in-app purchase for full access.

Samsung Internet is one of the most popular web browsers on Android, and it seems to have one of the best tablet interfaces as well. That's hardly a surprise, given that Samsung is about the only company left producing high-end Android tablets, but you don't necessarily need a Galaxy Tab to use the browser — it's available on the Play Store for any device.

Samsung Internet is based on Chrome, but it does have a few features not present in Google's browser. You can move the buttons around to your liking, force a dark theme on all web pages, and install select add-ons. Tabs can either be displayed below the address bar (similar to Chrome), or hidden behind the tabs button for more vertical space.

Gboard is the default keyboard application on many Android devices, and it has one feature that is especially nice on tablets — one-handed mode. With Gboard open, tap the detached keyboard icon in the toolbar to move the keyboard to a floating window. It's much easier for me to type while holding a tablet in one-handed mode, especially when I swipe between letters instead of tapping keys individually.

Vivaldi is another web browser that works slightly better on Android tablets in Chrome. It shares the same core engine as Chrome, but offers a tracker blocker, an option to always view desktop sites (super helpful for sites trying to load mobile layouts on tablets), a speed dial, and a built-in screenshot utility.

Comixology is a comic/manga reader for Android and other platforms, featuring integration with Kindle libraries (if you login with your Amazon account) and offline support. The app works well enough on tablets, though comics won't look quite as crisp on lower-resolution devices.

SketchBook is one of the most feature-packed drawing applications on Android. It's designed for everything from industrial design sketches to digital art, and it works best with tablets and active stylus pens.

I'm always hesitant to recommend products from Adobe, especially given the company doesn't support Linux (my desktop OS of choice) and likes to charge monthly subscriptions for applications that have barely changed in a decade, but there really isn't any cross-platform competitor to Lightroom.

Lightroom is a fantastic image editor that I use for all work-related photos, and because Android lets me connect my Sony Alpha camera over USB to transfer files, I can do my entire image editing workflow from my Galaxy Tab S6. However, I still have to do a second round of importing/exporting with PhotoStack afterward, because Lightroom for Android doesn't support image watermarks.

Google Keep is another application in the elite "Google app that looks okay on tablets" club. It's a cross-platform note/list application, with support for attaching files and creating reminders. There are definitely more capable note applications, but Keep strikes a great balance between features and simplicity.

BUT, this app collection is laughable against iPad OS tablet compatibility.

immi007
Expert Level 5
In response to Raghavendra98
agreed. may be in future they get more optimization.

anyways ipad app compatibility is on different level... so for now for galaxy tabs these are are good Apps which can run well in full screen
0 Likes
Share
Reply
Reply
Loading...

Raghavendra98
Active Level 7
In response to Raghavendra98
Yes, Samsung has decent One UI for tablets. But it's NOTHING when compared to iPad OS. But there's a lot of potential. 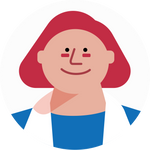 AbandonedAccount
Active Level 7
Microsoft Office365 is a platform for professional, home, business or large enterprise. There are basic free products available too. Why use pirated software? Plus, you have mobile apps and cloud for backup too.
1 Like
Share
Reply
Reply
Loading...

i also want to say

Microsoft Free products are limited in features and the PC and Mac versions are still not free for editing documents etc ...
1 Like
Share
Reply
Reply
Loading...