According to market research firm DSCC, Samsung is in talks from BOE for 6.67-inch flexible OLED screens for at least one Galaxy S21 model. Another phone from the South Korean firm to feature BOE’s OLED panel could be the Galaxy A91, and it will reportedly feature a 6.67-inch Full HD+ screen.

BOE is the world’s biggest LCD panel supplier, and through continuous investments, the Chinese firm aims to compete with Samsung Display in the smartphone OLED market. It is currently the third-biggest mobile OLED panel supplier in the world, just after LG Display. The company is also facing competition from EverDisplay and Visionox.

Samsung Display’s market share is expected to drop from 80 percent in Q4 2019 to 69 percent in Q4 2020. It is being reported that the company could lose contracts from Apple to supply OLED screens for the iPhone 12 series. The Cupertino-based brand is switching to BOE for some of its iPhone 12 models.

However, Samsung is investing heavily in foldable OLED panels as well as foldable glass (Ultra Thin Glass). The company plans to supply millions of foldable OLED screens to other smartphone brands in the coming years. 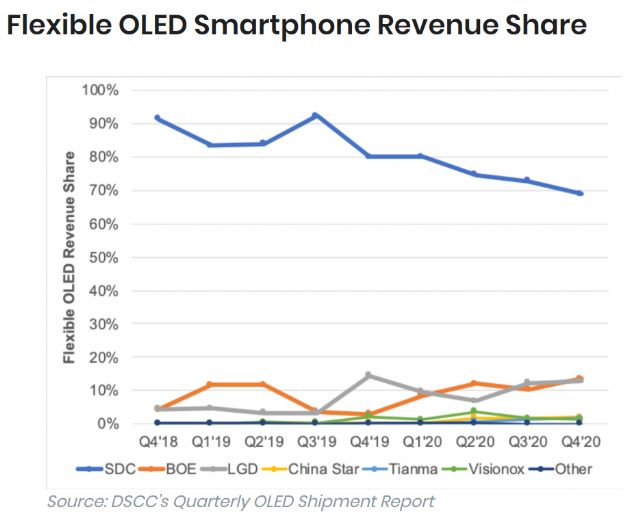