Does bloatware drain your battery?

Does bloatware drain your battery?

There are only a few derogatory words that are generally bandied around in relation to the Android ecosystem, and bloatware is one of them. “I hate bloatware,” or “why on earth did they include all this bloatware” are some of the tamer things people have to say about bloatware. So, what is bloatware? Is it bad? And most importantly, does it drain your phone’s battery? Let’s take a look.

The first thing we need to do is define bloatware. Every Android device has several different “layers” of apps. The lowest layer is the default apps like the clock, the calculator, the phone dialer, the SMS messaging app etc. These are common to every Android device, however, some of the standard AOSP apps on your device may have been replaced by ones written by the OEM. The next layer is the Google apps, all the apps related to Google’s services like the Play Store, YouTube, Maps, Gmail and so on.

A phone with only the standard built-in Android apps and Google’s apps doesn’t have any bloatware. Next comes the OEM’s app. These are apps written by the OEM and come pre-installed on your device to “add value.” These apps aren’t normally available on the Play Store for devices by other manufactures. Examples of such OEM apps include Samsung’s S-Health or S-Voice. This is the edge of the bloatware phenomenon. If an OEM adds badly written apps that no-one wants then they are no longer perceived as adding value, but rather as being a nuisance.

The layer above the OEM’s apps is the partner apps. If the OEM or carrier has signed a deal with another company then those apps will also come pre-installed. For example, your phone might come with Amazon’s Kindle reader installed by default or with some of Microsoft’s apps, like Microsoft Word, Outlook, or Skype. Here we are firmly in bloatware territory. However, how this bloatware is perceived depends on which apps are installed. For example, I always install Kindle and Skype on my Android phones, so I wouldn’t call this bloatware, however, I never install Polaris Office, MobiSystems’ OfficeSuite, or WPS Office. So if these come pre-installed then I would call them bloatware. Your opinion on these apps may differ from mine, but any pre-installed “partner” app that you don’t like is probably bloatware in your mind.

The final layer is the OEM apps. Carriers all around the world including Verizon, T-Mobile, Orange, Vodafone etc, have all been known to install their own apps on the phones they sell to their subscribers. For example, the Verizon branded Samsung Galaxy S7 comes with 7 or 8 Verizon apps including a replacement SMS messaging app, My Verizon Mobile, and VZ Navigator. These apps are only available on Verizon branded devices and are meant to add to the user experience.

The good, the bad and the ugly

My guess is that any pre-installed apps, above Google’s services, will be liked or disliked according to their quality and usefulness. This means that apps which behave badly will be branded as bloatware. While apps that add to the overall experience won’t be seen as bloatware. And that brings me to my first caveat. No matter what conclusions we draw about bloatware and about battery life, there are always going to be examples of badly written software. And if that badly written software comes pre-installed on your phone then it is going to cause you problems.

So in what ways can bloatware be bad? Here is a little overview of some bloatware related issues:

When it comes to battery life we need to understand that there is a difference between the questions, “Can bloatware drain my phone’s battery?” and “Does bloatware drain my phone’s battery?” The answer to the first is an unequivocal yes, of course, it can. As I have mentioned above, a badly written app can do bad things including drain your battery. However, the more pertinent question is “does it,” not “can it.”

To test out the current state of bloatware I took a Verizon branded Samsung Galaxy S7 and analysed the impact the pre-installed apps have on the battery. The Verizon S7 comes with all three types of “bloatware.” As well as apps from Samsung (including Samsung Gear, S-Health, and S-Voice), this S7 includes partner apps from Amazon (including Kindle and Amazon Music), and Verizon apps (including Voice Mail, go90, Verizon Cloud and VZ Protect).

The Samsung Galaxy S7 comes with some sophisticated battery monitoring statistics. Tapping on an app under Settings->Applications->Application Manager will show you how much of the total battery that app has used since the last full charge. The things that consume the most battery are the screen, the various radios (i.e. cell standby) and the Android OS itself. After these big three, it is the individual apps and services that drain the battery. So if you play a 3D game for several hours then the Application Manager will show you how much of the battery that game-used.

Every app that runs uses a battery, there is no way around that, but if an app is optimized and doesn’t run very often then its presence won’t be felt. So to answer the question, “does bloatware drain my phone’s battery?” we need to look at the battery usage statistics for each of the these “bloatware” apps.

To test the battery usage of the Verizon S7’s pre-installed apps, I set up each app to make sure that it can run and any services it might want to run in the background have been installed. For example, I ran the NFL mobile app and enabled notifications to ensure that it would run in the background. I used the phone throughout the day but I didn’t intentionally run any of the apps. This is important because if I spent 3 hours reading an eBook using the Kindle app then the Kindle app will have a recorded battery usage, which is what we would expect!

I did this over a period of more than 24 hours until the battery was less than 25%. I then checked all the pre-installed apps (the bloatware) in the Application Manager to see how much battery they had used. The answer…. 0% each.

What does 0% mean? The S7 has a 3000 mAH battery. Divide that by 100 and you get 30 mAh for every percentage point. If the Application Manager says 0%, it doesn’t mean zero, as in anything, but it means less than 30 mAh. It could be 1 mAh or 29 mAh, we can’t tell. So the theoretical worst-case scenario (and this isn’t what is happening, by the way) is that the 18 or so pre-installed apps, other than Google’s services and the default apps, could be using up to around 500 mAh (18 apps multiplied by 28 mAh).

Bugs exist, as do bad decisions.

However in reality that isn’t happening. For example, if I don’t use Samsung’s file manager or Samsung’s email client then their battery drain will be zero, as in nothing. My best guess is that only 4 or 5 of the pre-installed apps could be running in the background. Which again theoretically means around 5% of the overall battery life. I think the reality, however, is closer to the best-case scenario of less than 1% of the battery capacity.

Can badly written bloatware flatten your battery? Yes. Do well written, properly tested apps drain your battery? No. What this basically means is that if the bloatware consists of apps from some of the major app makers like Amazon, Samsung or Microsoft then you don’t have anything to worry about. Even if the app is from a carrier (like Verizon) then you shouldn’t have any concerns. However, if for some reason, your phone has some pre-installed apps that no-one has ever heard of, then there could be a risk!

Having said that, bugs exist, as do bad decisions. So the possibility remains that a well known OEM could include a pre-installed app that drains your battery, however, we would hope that the carrier or OEM would fix the issue with an OTA update.

If you really don’t want a piece of bloatware on your phone then there are (sometimes) ways to disable them, but maybe not uninstall them. On the Galaxy S7, there is a simple way to disable pre-installed apps. Open the app drawer and find the app you want to disable. Long press on it and then drag it to the “Turn off” (possibly “Disable) icon at the top of the screen. That will kill any running copies of the app and then disable it. On other Android phones, you can go into Settings, tap on Apps (or Application manager) and then tap the app you want to disable. Finally, tap Disable.

Does bloatware drain your battery? No, it shouldn’t… but there are always exceptions! The exact effect of bloatware on your battery life will largely depend on the bloatware itself – specifically, which carrier apps have been preinstalled – as well as the handset, any OEM apps and the internal hardware of the smartphone.

my point of view

so yes I had to get rid of the apps

which caused me too much battery problem and caused too much toll on my storage thus it was causing a processor to heat up frequently  now after getting rid of those my device is able to get a lot of better system memory, better battery back up and better heat management  so this my point of view is to getting rid of that bloatware are a lot easier than

helped me a lot 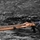 User28
Active Level 7
Worth reading. Yes i too hate bloatware and disable/uninstall them immediately during the first time phone configuration itself. The problems and the ads they bring in is just unbearable to me. If any body needs a Phd in this subject, they will get huge resources from Mi phones and its sub brands. Anybody say no?
1 Like
Share
Reply
Reply
Loading...
Highlighted