Samsung has started rolling out a new software update to the Galaxy Note 10 Lite in Spain. The latest update bears firmware version N770FXXS7EUE5 and includes the June 2021 security patch. Samsung had mentioned that its latest security patch contains dozens of fixes from Google and 19 fixes from Samsung. These fixes solve the privacy and security-related issues found within Android and inside Samsung’s own software.

We expect that this new firmware will roll out to the Galaxy Note 10 Lite in other markets over the next few days. If you are a Galaxy Note 10 Lite user in Spain, you can check for the latest update by navigating to Settings » Software update and tapping on Download and install. You can also download the newest firmware from our database and flash it manually.

The Galaxy Note 10 Lite was launched in January 2020 with Android 10-based One UI 2. The smartphone received the Android 11-based One UI 3 update earlier this year and the One UI 3.1 update three months ago. 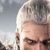 Galaxy Note
Great. They forgot Note 10 plus. Samsung think that Note 10 plus is not a flagship phone..
1 Like
Share
Reply

Note10 series have got it bro!