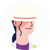 kvinkoli
Active Level 6
In the world’s second largest smartphone market, Samsung used to have the final say. However, over the past few years, as multiple reports have revealed, Chinese manufacturers have taken over with Xiaomi claiming the top spot followed by the likes of Honor, Realme, Oppo, Vivo and more. Now, in a bid to compete more against the Chinese OEMs, Samsung will launching a new lineup of smartphones — Galaxy M. The lineup will be positioned as budget smartphones and will arrive first in India on January 28.

The Galaxy M series will be sold exclusively via Amazon India and Samsung’s own e-commerce portal. The company claims the phones will deliver “power-packed” performance without revealing what the specs will be like for the phones
0 Likes
Share
Comment 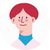