A review on M31s(IK its too late but still)

Samsung galaxy M31s
We might have seen several budget kings in the market right now like the newly released Redmi Note 10 series, But there are still a few Non-Chinese options to prefer in the same budget. Here we are looking at Samsung galaxy M31s, even though it is 9 months old still it may even be your future phone if you are considering buying one in this segment.
Let's start with the display, we could see a dazzling sharp, and crisp Super Amoled Display, It has a standard refresh rate of 60 Hz though. But still, the display is gorgeous and it is arguably one of the best displays out there, The punch hole is too small when compared to its competitors, The screen to body ratio is above 90 percent thereby improving the quality of the content consumed. The phone has only a single bottom-firing speaker which is loud enough.
The phone is packed with a huge 6000mah battery which will surely last you a minimum of 1.5 days even if you are a heavy user. This is paired with a 25-watt inbox charger which charges your phone in less than 2 hours.
When it comes to the processor, they have given the old Exynos 9611 yet again. It is a major downside of this phone, If you are a heavy gamer then do not consider this phone. Anyways it is capable of running light games. Despite the weak processor, the overall system performance is good, thanks to the powerful and feature-packed One UI. It is one of the best Android skins in the market right now.
Cameras are one of the greatest reasons to consider this phone. On the rear side, the phone houses a quad-camera setup with a 64MP main sensor,12MP ultrawide with a field of view of 123 degrees,A 5mp macro, and a 5p depth(Macro and depth sensors are just to increase the number of camera in spec sheet). The shots taken during daylight are pretty decent and the colors look natural, The ultrawide angle shots are good but look slightly oversaturated. Portraits are taken also look good and punchy. The macro camera shots are good but it requires a lot of light. The phone has a dedicated night mode which takes pretty decent shots, they lack a bit of detail though in both primary and ultrawide. The overall camera Ui is good and packed with a lot of features like night Hyperlapse, slow motion, the infamous single take mode, and many more.
But all these features will become unusable if the phone gets damaged so better-built phones will probably last longer. Generally, phones with a weak build quality are prone to accidents more than other phones. But fortunately, here they have given a pretty solid build with a plastic back plastic frame and gorilla glass 3 in front. The plastic back is quite glossy and it gets scratched easily by everyday objects so a skin or case is necessary for this phone.
Overall if you are a camera enthusiast considering buying a non-Chinese phone then go for it without any doubt.

Galaxy M
Explain the above...!!...who will read this much?
0 Likes
Share
Reply 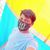 Galaxy M
samsung m31s is waste still i don't have any updates from November to till now , thats why don't prefer samsung m31s , it is lot of bugs in ui
0 Likes
Share
Reply 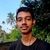 Galaxy M
I don't know who considers Exynos 9611 to be weak and not capable of running heavy games. I could play COD mobile in Exynos 7904 smoothly. And 9611 is a powerful processor when compared to that. And a suggestion, make points in your post, it will make it more interesting.
1 Like
Share
Reply

Galaxy M
this is my first Samsung phone. i used a chinese brand before and i can say it was a total wastage of money. it had a so called snapdragon processor but still started falling apart after a year and battery sucked too. i never even played any game in that phone. so i also dont understand why people hate Exynos so much.
1 Like
Share
Reply