RAM Plus feature available for many devices including A52

RAM Plus, one of the most talked about new features in Samsung’s software, doesn’t come from the upcoming One UI 4.0 update. It’s a feature Samsung just randomly dropped on its phones a few weeks back. The Galaxy A52s 5G was the first Samsung phone to come with RAM Plus, and Samsung has since brought it to other devices via software updates.

Those devices include the Galaxy A52 5G, Galaxy Z Fold 3, and the Galaxy S21 series, and it is now available on the Galaxy A52 with the October security update that started rolling out this week. Like the other devices, RAM Plus on the Galaxy A52 doesn’t have any customizability – it’s turned on permanently and adds an unchangeable 4GB of virtual memory to the device.

According to Samsung, RAM Plus helps improve app performance by using internal storage as virtual memory, though we’ve not noticed it making any difference yet. Of course, that may change in the future. If Samsung is making RAM Plus a standard feature on its devices going forward, it better have an actual contribution to the experience instead of just existing as a gimmick.

If you own a Galaxy device that launched within the last year and has received a software update recently, you can check if it has the RAM Plus feature by going into the Settings » Battery and device care » Memory menu. If it’s not, expect it to arrive sometime in the future, possibly with the One UI 4.0 update.

Community Guidelines
Hasn't A52 received it in Pakistan?? I haven't.
0 Likes
Share
Reply

Community Guidelines
You mean the October update will come in February 2022? And not in October?
0 Likes
Share
Reply 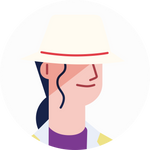