Airtel was the first telecom company to announce the WiFi calling feature for its users of Airtel Broadband or Airtel Xstream Fibre network. Soon thereafter, Jio also launched its Wifi Calling service in India. Both companies had a public release after a few months of limited circle testing.

In brevi, VoWiFi or WiFi-based VoIP technology should result in superior Indoor coverage and better call quality in congested urban areas. The inception was in Delhi NCR and eventually followed by a nation-wide roll-out.

Simply put, VoWiFi uses the internet as the mode of transmission for calls, SMS, and MMS. It stands for voice over WiFi. It works with the existing Airtel/Jio SIM, through the default phone dialer and messaging app without any need for 3rd party app or log in. You can make WiFi calls to the other person regardless of their phone supporting WiFi Calling or not. The recipient can be on any network, be it 2G/3G/4G/VoLTE/WiFi.

You may be already familiar with VoLTE, which is short for voice over LTE ( a 4G standard). While it uses a data network, the VoWiFi depends on WiFi mesh your device is connected to. In principle, both VoWiFi and VoLTE can work in tandem. If WiFi gets disconnected, the call will take place over your mobile data.

Just like VoLTE, VoWiFi also displays an indicator in the phone’s status bar. If you’re wondering, yes, it does work whilst you’re on roaming. With that said, let’s see its value proposition to you.

The Wi-Fi calling has the following perks for the customers –

From the companies’ standpoint, this is a nice bait for luring more customers and gaining revenue. It will have an upper hand over the competition until they introduce their own service.

Further, this enables operators like Jio/Airtel to sideline Instant Messaging or OTT (Over The Top) apps like Whatsapp, Hike, and Viber, which uses VoIP (voice over Internet Protocol). This is not operator dependent and hence a SIM card is not required. If you’re connected to the internet via Wi-Fi or mobile data, then you can make the call.

But, it comes with caveats –

As you can see after enable Wifi Calling  the icon has been changed from VoLte to Wifi calling sign on the network signal icon.
The disadvantage of Wifi Calling is that during call we can't record a call. 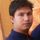 utha12245
Active Level 6
had been using this for a long time with Jio.
0 Likes
Share
Reply
Reply
Loading...