RCS in India 🇮🇳 -Thoughts about it🌏.

Protocol thought:💂
- A protocol that was made to replace SMSes. The RCS chat is what makes a real difference between SMS and RCS Messaging👥👤🌏
Thought of using it:👩‍💻
- Using  RCS Chat  allows group chats, video, audio, and high-resolution images and looks and functions like iMessage, WhatsApp and other rich messaging apps.

Supported by🌝
-Messages app by Google and Samsung's Chat application on Samsung devices are the only two applications that support RCS.
- Supports Airtel, Vodafone, and Reliance Jio networks.
Also, available on all Android devices running at least Android 5.0 Lollipop.
-  images, text and other forms of media can be sent without any hassle..
💡💡🕯️🎓

Gif A: RCS Message Transfer - graphical representation
- If mine or my colleague's internet was down, we had an option to retry sending the message as an SMS/MMS.
- You can always be connected with your friends and family whether your internet was turned on or off.
-Also, it helps save carrier charges when you are connected to the internet by forwarding them with the RCS protocol.
- Lack  end-to-end encryption available in some current messaging tools such as WhatsApp.📱
How to use RCS 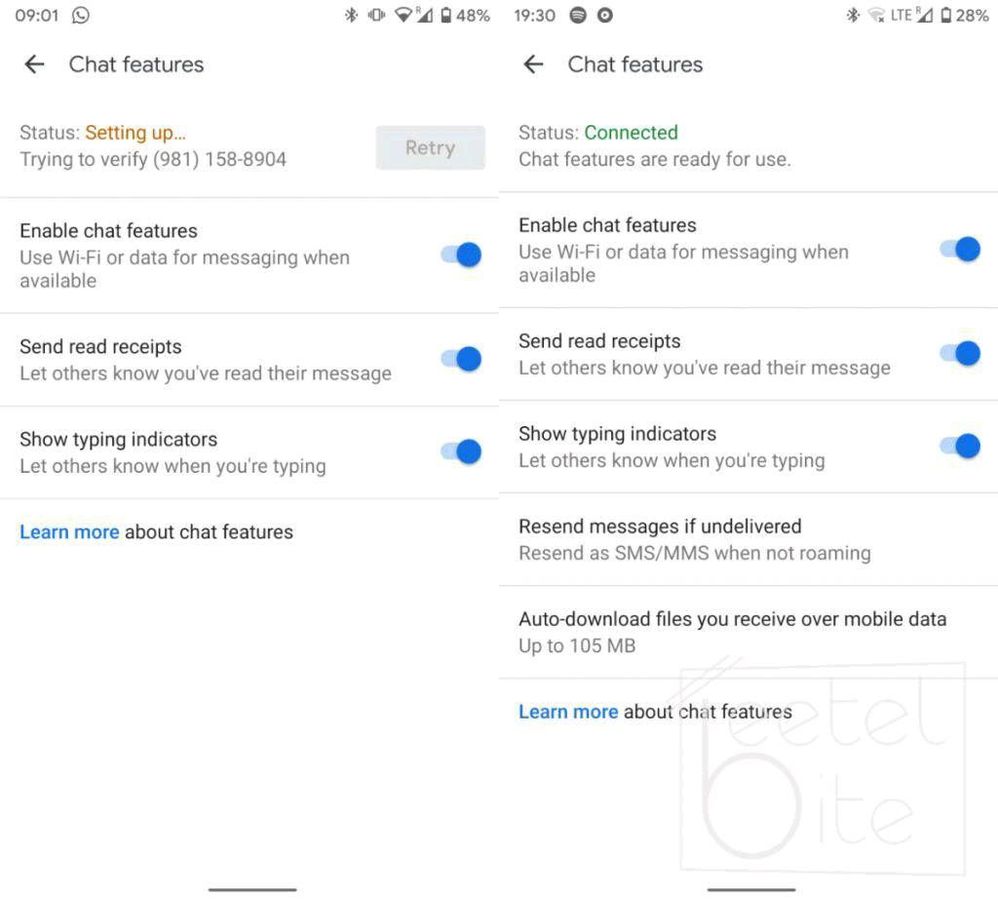 Fig A: setting up Google's RCS
Useful Thought🤓
- we could easily send and receive messages over the internet and sent messages appeared with a dark blue background and white text. 📱🤳
-With this protocol disconnected due to internet issue, we had a light blue bubble with dark blue text and an SMS text below the send button. 🧗🧗👆👇
- We also have options to retry, when the connection failed. One could set it to always send SMSes or ask first or never send an SMS depending on how they want to use it and how much their carrier charges them .🎫💰💰💰 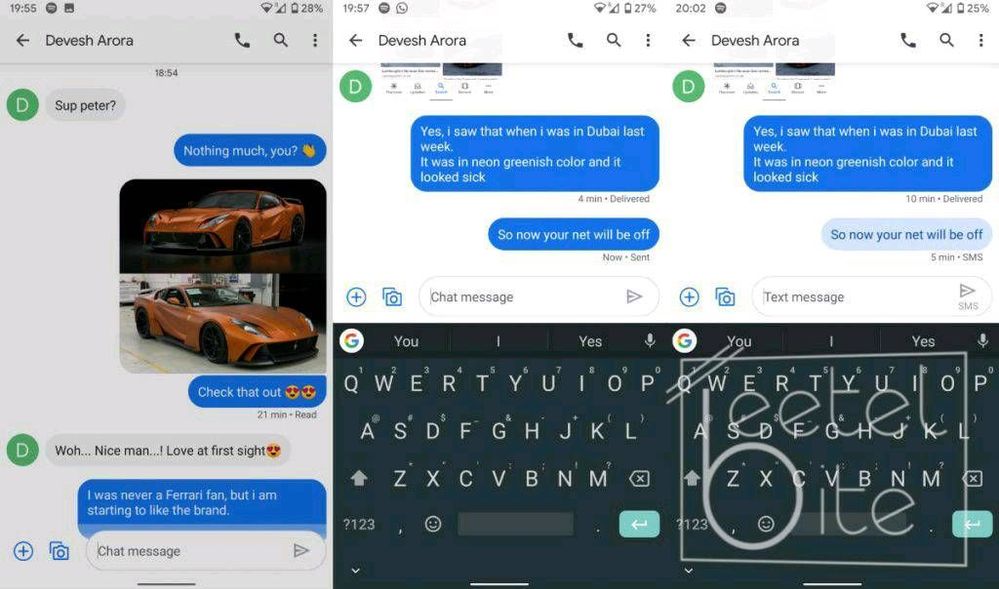 Fig B: RCS enabled (L) and disabled chat (R)
# At last, RCS is just getting started and will grow .👆👍
- Depending on the carriers is a big issue as protocol means lost revenue for them and they will try to suppress it as much as possible. ☄️☄️
- As of now, the RCS protocol is not groundbreaking, but with careful execution, it can become the next big thing in mobile communication.⚡⚡
∆ Note📔📕 : RCS is not a proprietary protocol, It can easily be adopted on iPhones and other Apple products.🧼🧼
(Finally providing a simple communication for all, but right now it's only in Android )
Source:
Most of the information is from this article by beetel bite who have tested RCS in India.
(Also the image source)
Gif source: the verge
https://images.app.goo.gl/VtcTLZvLeZmQ6JkF6
Link for the article:
https://beetelbite.com/google-rcs-first-impressions/

immi007
Expert Level 5
If you're not really into reading this post.... then watch this video about RCS ...

immi007
Expert Level 5
In response to rdkrishna
Open the Messages app on your Samsung phone.
Tap the three-dot overflow menu button at the top of your conversations.

Select Settings from the drop-down menu.
Tap on Chat Settings within the next Settings panel.

namofan
Active Level 3
but its on Google messeging not on samsung sms app....i think if u use Jio sim then it may work...
1 Like
Share
Reply
Reply
Loading...

but these could be some disturbances