Although it is a minor upgrade from the Galaxy M30s, the Galaxy M31 offers a healthy mix of design, features, specifications, and cameras. It still has a large screen and a high-capacity battery. There’s a quad-camera setup at the rear and it comes preloaded with Android 10. These upgrades are enough to make an otherwise good mid-range phone even better.

The design of the Galaxy M31 is quite similar to that of its predecessor, the Galaxy M30s, most of the changes are on the inside. The phone still uses a plastic chassis and a ‘glasstic’ back. The 6.4-inch screen of the phone is covered by Gorilla Glass 3 for resistance from scratches and scuffs. The phone weighs upwards of 180g and is 8.9mm thin. 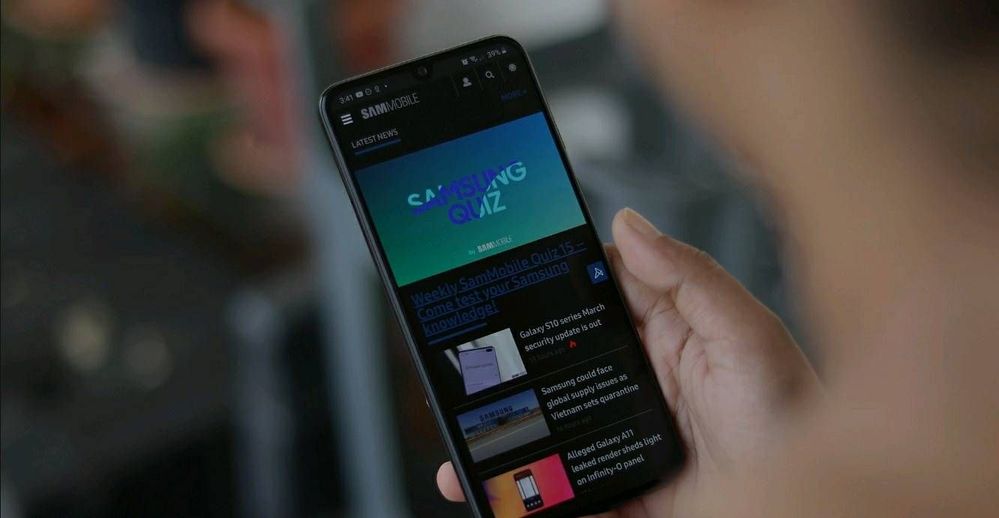 At the rear, the phone has a capacitive fingerprint reader alongside its rectangular-shaped quad-camera setup. The phone has a loudspeaker and a 3.5mm headphone jack at the bottom. All of its buttons are on the right side. The overall design of the phone resembles most other Galaxy M series phones. It comes in Ocean Blue and Space Black colors.

The Galaxy M31 comes equipped with the Exynos 9611 (10nm) processor, which is the same chipset that’s used in the Galaxy M30s and the Galaxy A50s. The phone also features 6GB LPDDR4X RAM and 64GB/128GB UFS 2.1 storage. There’s also a dedicated microSD card slot for further expanding the storage space by up to an additional 512GB. A 6000mAh battery separates the Galaxy M31 from most other Samsung and non-Samsung phones. It comes with support for 15W fast charging. 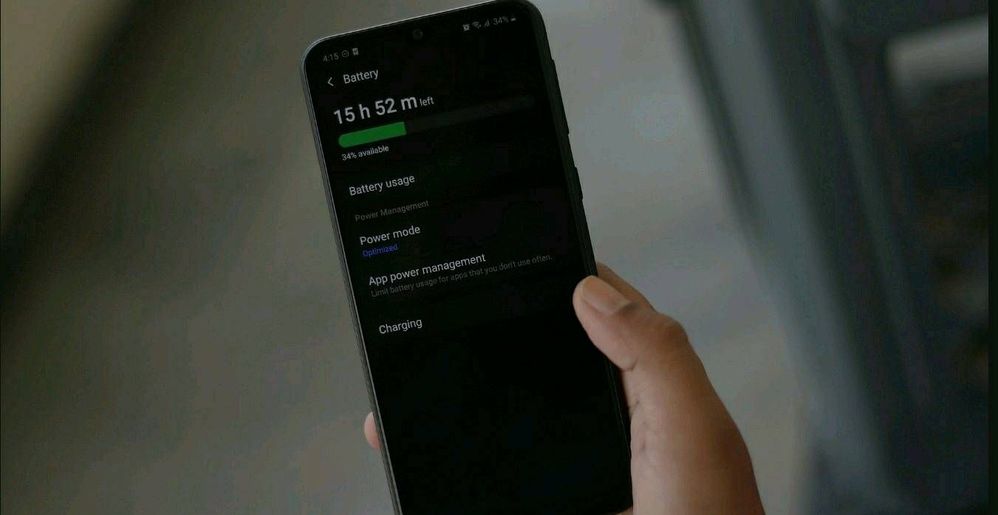 The phone features a 6.4-inch Super AMOLED Infinity-U display with Full HD+ resolution and 420 nits of peak brightness, which is great for watching videos, viewing images, and browsing the web. It has a dual-SIM card slot with LTE and VoLTE features for both SIM card slots. The phone also comes with most modern connectivity features such as A-GPS, dual-band Wi-Fi ac, Bluetooth 5.0, and a USB Type-C port.

A 64MP quad-camera setup is one of the headline features of the Galaxy M31, and Samsung has used a 64MP sensor (1/1.7-inch) as its primary rear-facing camera, while the other cameras include an 8MP ultrawide-angle camera, a 5MP macro camera, and a 5MP depth sensor. There’s a 32MP selfie camera at the front. The phone can capture 4K videos using both front and rear-facing cameras. 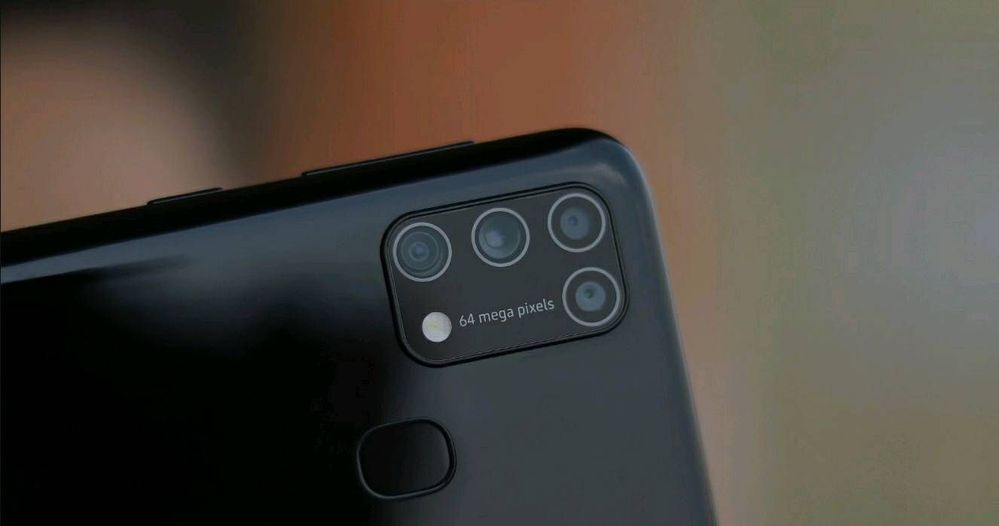 Other camera features of the phone include ab ability to record slow-motion and super-slow-motion videos, AR Doodle, AR Emoji, ultrawide-angle videos, HDR, Panorama, and Night Mode. Night Mode can be used to capture images in low-light conditions, and the special mode brightens images, reduces noise, and widens the dynamic range.

The Galaxy M31 runs the Android 10 operating system with One UI Core 2.0 enhancements. The phone might get two major Android updates, which means those who buy the smartphone would most probably receive the Android 12 update on their phones in the future. The phone would also receive Android security patches every few months. 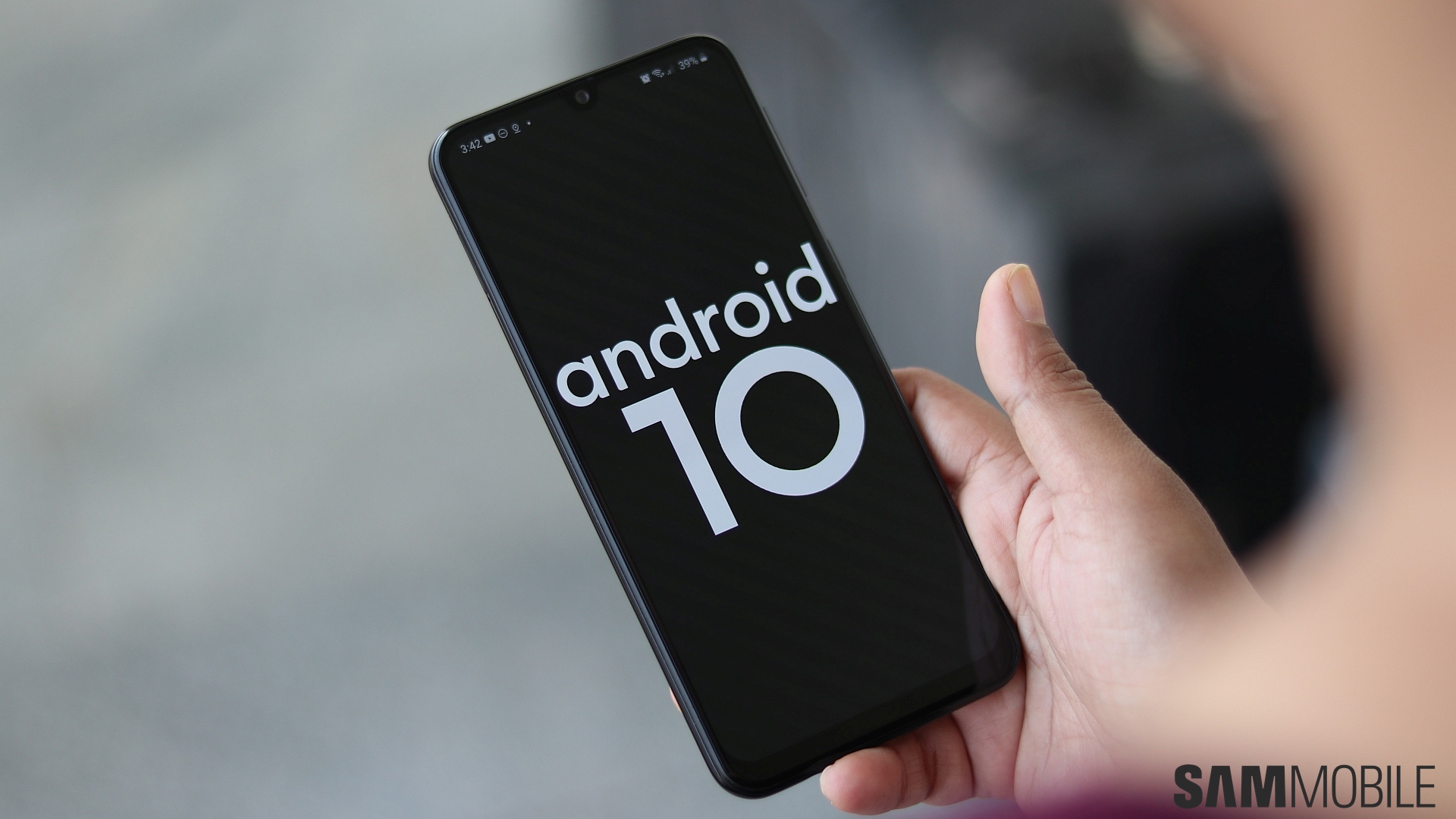 It is to be noted that One UI Core 2.0 is slightly different from One UI 2.0. While features like better UI navigation gestures, updated iconography, enhanced Dark mode, more detailed Device Care section, a smaller pop-up menu for incoming calls, and more are a part of the package, it lacks a built-in screen recorder and some other features that are a part of One UI 2.0. It comes with Widevine L1 certification so you can watch HD videos in Netflix and Prime Video.

The 64GB variant of the Galaxy M31 is priced at Rs 14,999 (~$200) in India. The variant of the phone with 128GB internal storage costs Rs 15,999 (~$210) in the Indian market. The phone will be available starting March 5 through Amazon.in, Samsung e-Store, Samsung Opera House, and leading retailers across India in two colors: Ocean Blue and Space Black.

Promotions
You forgot to mention real capacity of this cell, actually it is 5830mAh cell from Samsung side but in reality it is 5330mAh cell.

Promotions
How do you know this bro? I need to check this in my M20.
0 Likes
Share
Reply

Promotions
@mqwertym20: Came to this conclusion from the fact that energy can neither be created nor be destroyed. In mAh maximum that was pumped to this phone while charging it 100% from complete discharge and leaving it plugged in overnight was 5333mAh and phone was not used during use and it was switched off.

Anyone using Samsung M series phone claiming it 6000mAh cell can verify and cross check it using any scientific method, be it a well rated app from playstore or good branded usb meter or top quality current sensing instruments, result will be same.

Just remember to turn off fast charging or you will get some nasty wrong reading if it not good quality instrument/app.
0 Likes
Share
Reply

Promotions
S8 is a premium series some camera features and software is may be better on m31 but s8 is s8..
m31 in range under rs20k is Awesome.
1 Like
Share
Reply