10 reasons why the Galaxy Z Flip is awesome!

Naveenpippal
★
As luck would have it, Samsung came out with the Galaxy Z Flip, and Danny was adamant that I test it out. He believed that it would turn me over to the foldable clan, and I’m lucky that I got to try it as early as I did, because he was absolutely right. 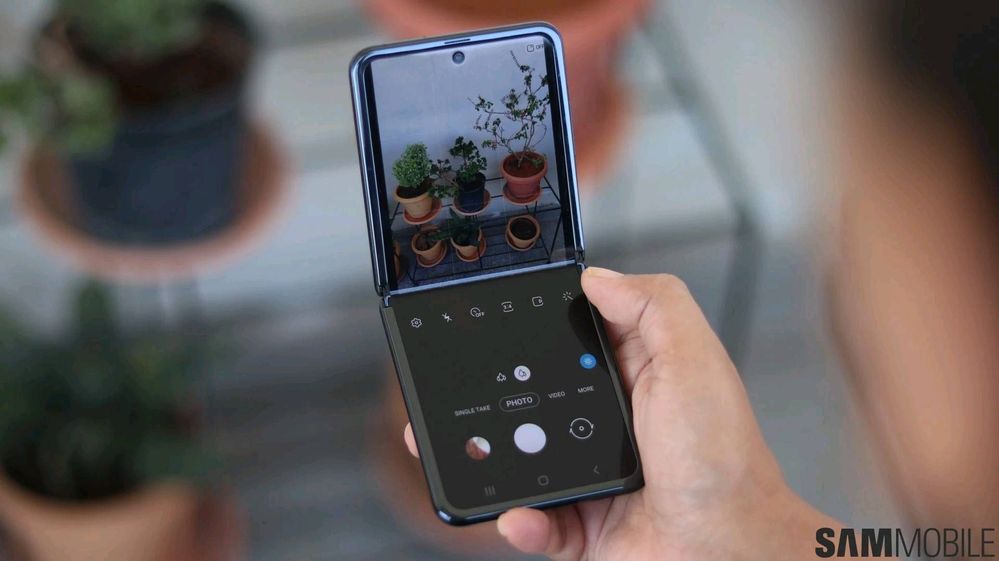 I’ve always liked flip phones, I used to have them back when flip phones were a thing. For Samsung to bring back that form factor but with a completely modern twist instantly made the Galaxy Z Flip feel more familiar. It didn’t look like a proof of concept, it just looked like a modern flip phone, which just made me love it even more.

I was using the Galaxy Note 10+ before I switched over, it’s a great phone, but I don’t even miss it anymore. Here’s are 10 reasons why I feel that the Galaxy Z Flip is a truly awesome phone.

Why the Galaxy Z Flip is an awesome phone

The joy of finally having a phone that fits inside the jeans’ pocket is unmatched. It frees me up from having to carry a bag all the time if I really don’t need it for anything else other than a place to keep my phone. It might not seem like a big deal to most people but the ladies know what’s up!

Samsung has nailed it with the hinge for this device. It opens and closes very smoothly, it’s a joy to go through the motions with the Galaxy Z Flip. It’s very satisfying and the novelty of it hasn’t worn off even after several months of using it as my main device.

Most people remember flip phones so they’re instantly intrigued when you unfold the Galaxy Z Flip in front of them. You always get positive vibes from them, as they go from shock over who could possibly be using a flip phone in this day and age to utter amazement at what this device actually is.

One of the reasons why I couldn’t get myself to use the Galaxy Fold in the long run was the size of the thing. Women generally tend to have smaller hands so the compact dimensions of this phone make for a very comfortable fit. I don’t have to resort to finger gymnastics to reach a part of the screen.

5. The cover display gets the job done

There’s no notification LED on the device so your only frame of reference for when there are unread notifications is the tiny cover display. Yes, it has its shortcomings as the guys here discussed in SamMobile’s Galaxy Z Flip review, but I find that it gets the job done. I can see at a glance which notifications are unread and if there’s anything that demands my immediate attention and requires me to unfold the device.

I find myself using Flex Mode a lot, it’s the feature that lets you open up the device’s display at different angles. I use it for taking selfies a lot, it’s great that the phone can act like its own little tripod. Flex Mode also comes in handy when watching YouTube videos.

Yes, I understand that in-display fingerprint sensors are all the rage these days, but I also find the tech to be lacking in comparison to capacitive sensors. The great thing about the Galaxy Z Flip is that it doesn’t mess around with in-display sensors. It has an honest to God physical sensor at the side, the speed of which is noticeably quicker than any in-display solution.

8. Ending a call has never been so satisfying

We all remember slamming our flip phones shut when we were done with a call. It’s just the feeling of going through that motion that invokes nostalgia. Tell me, honestly, is there anything better? The Galaxy Z Flip will scratch that itch for you.

9. It has a unique design

I became bored of using smartphones that looked more or less the same, even though I was changing them every year. It feels so refreshing that the Galaxy Z Flip has a completely unique design, even with a familiar form factor, it breaks the monotony and I’m all for it.

I can’t stress this enough. After having experienced almost every flagship device that Samsung has put out for the better part of the decade, nothing has given me the confidence that it was developed with the ladies in mind than the Galaxy Z Flip. Yes, it’s a great fit for men too, but it’s exceptionally well suited to women.

Prano
Active Level 7
Do you know the reasons why it is a **bleep**?

Poor battery life as well as lifecycle of the cell. You will hardly be able to use this device after a year if this is your primary phone and you work outside. Screen will scratch up too much after few months of use if it is your primary device. And finally it is nightmare for gamers.
0 Likes
Share
Reply
Reply
Loading...