NEON is expected to be Samsung's next big bet for AI. The project is being led by Pranav Mistry who also is the CEO at the company's Star Labs, 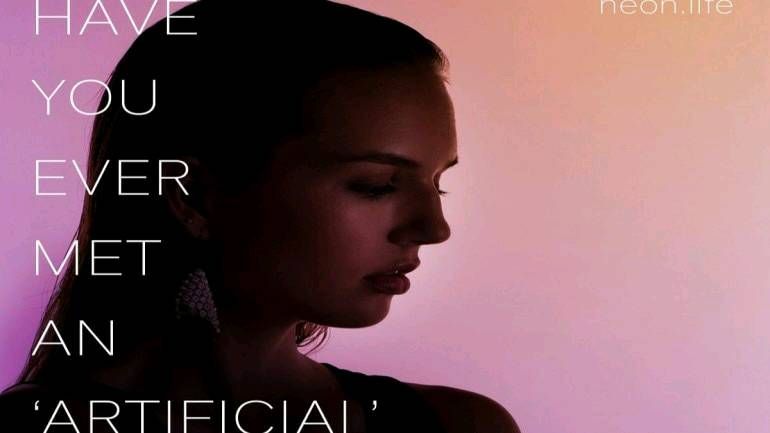 samsung has been teasing for a few days the arrival of a new life-like AI, NEON. The AI project is scheduled to be showcased at the Consumer Electronics Show (CES) 2020 and is being drummed as the world’s first Artificial Human by Samsung.

While the information about NEON has been scarce till now, with many speculating that it could indeed be a successor to the company’s existing smart assistant, Bixby. However, the latest information shared by the project’s head, Pranav Mistry, hints that it may not be anything such.

Instead, the project could actually be a digital avatar creator. This information is per a tweet shared by Mistry which reveals that the engine behind Neon, called CORE R3, can "autonomously create new expressions, new movements, new dialog (even in Hindi), completely different from the originally captured data."

A thread on Reddit has also surfaced which claims to have gotten videos off NEON’s website -- which has since been taken down. These videos show that NEON can generate life-like avatars based on recorded videos of real-life people.

While not official, this information does make sense as Samsung till now has refrained from terming NEON as a voice-based assistant that can replace the ones that we already have on our phones.

To remind users, this new AI-based product is currently in the works at Samsung Technology and Advanced Research Labs (STAR Labs) an independent entity of Samsung Electronics. While Pranav Mistry, the lead of the project at Star Labs has been sharing information about the product, Samsung itself has remained tight-lipped about the project.

The company hasn’t teased the product via social media channels, with NEON’s own Twitter page only flooding the web with information about the product. Reports suggest that NEON has also filed several patents in the past that talk about virtual characters who not only look like their human counterparts but can also go beyond their core programming.

While it’s unclear where these avatars could be used, but if the company does indeed manage to show off a working prototype of an AI code that can think and act like its human counterpart, then it will be indeed a great leap in artificial intelligence technology