Quickshare: A new feature with OneUI 2.1

Samsung tends to introduce new software services with its flagship smartphones and it appears that the company has one up its sleeve for the Galaxy S20. Samsung Quick Share, a local file-sharing service for Galaxy smartphones and tablets.

The underlying mechanics are most likely the same, in that Quick Share will use Bluetooth to create a peer-to-peer Wi-Fi network between connected devices. The connection would likely be firewalled for security and the files would be encrypted. Other existing solutions use Bluetooth only or a combination of Bluetooth and NFC, but Wi-Fi certainly takes the cake when it comes to both range and speed. 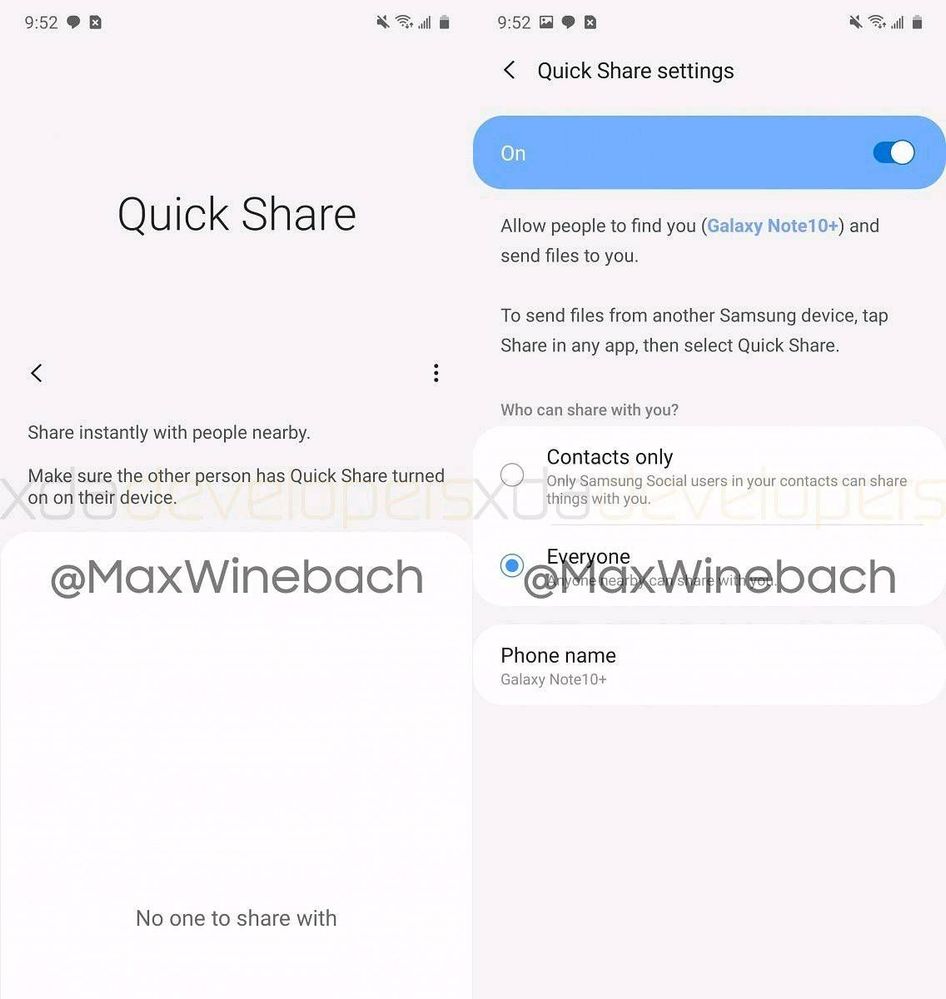 Quick Share will work in the same way as other local sharing services. If someone with a supported device is nearby, their device will show up as available and you will be able to send them a file, photo or video, and vice versa. If you don’t want random people sending you Quick Share requests, Samsung has built a feature that will only let through requests from Samsung Social users who are in your contacts.

The feature will also offer additional functionality compared to AirDrop. It will be possible to temporarily upload files to Samsung Cloud from your smartphone or tablet in order to stream them on devices like smart TVs. This feature makes perfect sense as Samsung is one of the largest TV vendors on the market and it can leverage that scale to make it easier for mobile device owners to share their content on Samsung TVs. 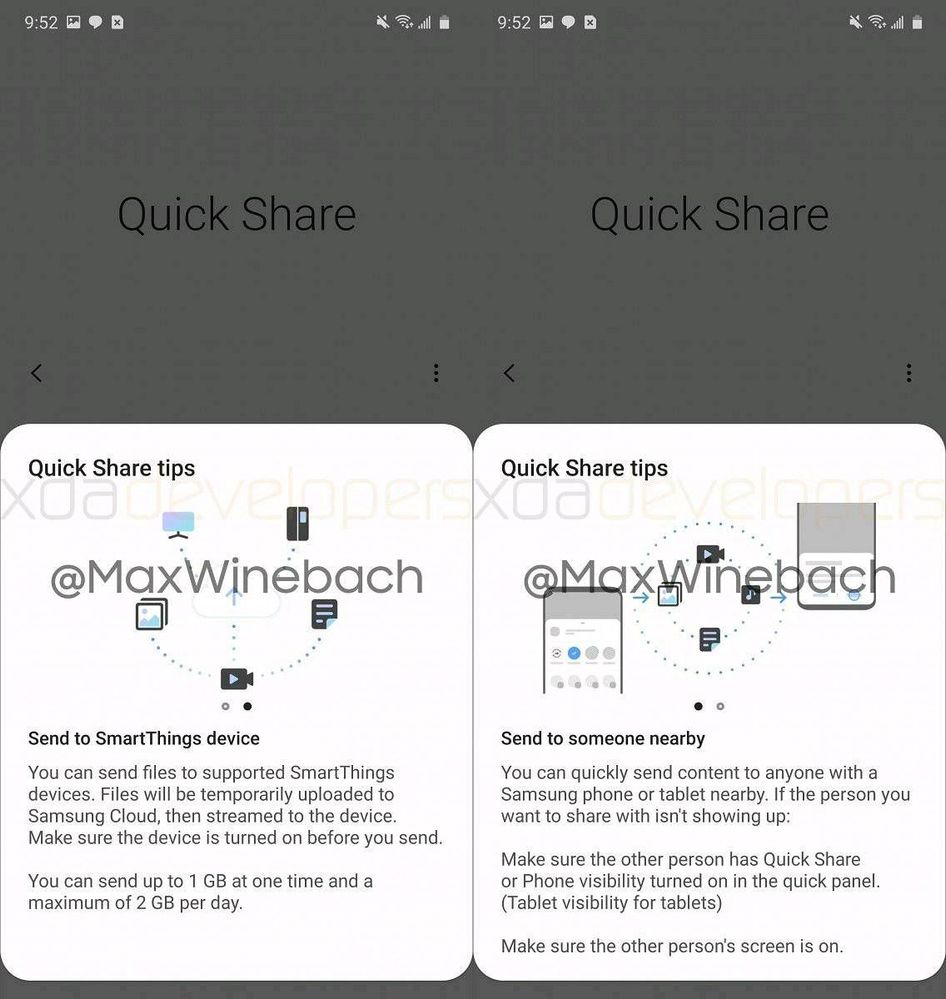 Samsung released Quick Share on its Galaxy S20 line of devices in February. However, these features arrived on Galaxy Note 10 series and S10 series with the arrival of OneUI 2.1.
Here's a video of using Quickshare on Galaxy Note 10+, running OneUI 2.1:
(view in My Videos)
Courtesy of Productivity Team:
Prabhjeet: https://r2.community.samsung.com/t5/Others/STORY-OF-A-PROUD-BRAND-AMBASSADOR/td-p/2879004
Ashutosh: https://r2.community.samsung.com/t5/Others/My-Story-to-the-world-of-Samsung-as-a-fan-then-to-Brand/t...
Source of Article: (SamMobile): https://www.sammobile.com/news/samsung-quick-share-galaxy-devices/
8 Likes
Share
Comment