BADSHAH18
Active Level 8
Since the upbringing of OneUI, Samsung has made various changes to its predecessor TouchWiz UI. The new user interface is completely different than the TouchWiz, whether it is launcher or other features. Samsung now appears to upgrade it with OneUI 2.0. The company has already started pushing the beta version to its flagship devices.
As you might have expected, it is based on the Android 10 OS. Therefore, it has obvious reason to borrow Android 10 features. In this article, we will be talking about OneUI 2.0 key features as well as potential smartphones list of getting the latest update. Without any further delay, let’s start with OneUI 2.0 features based on Android 10! 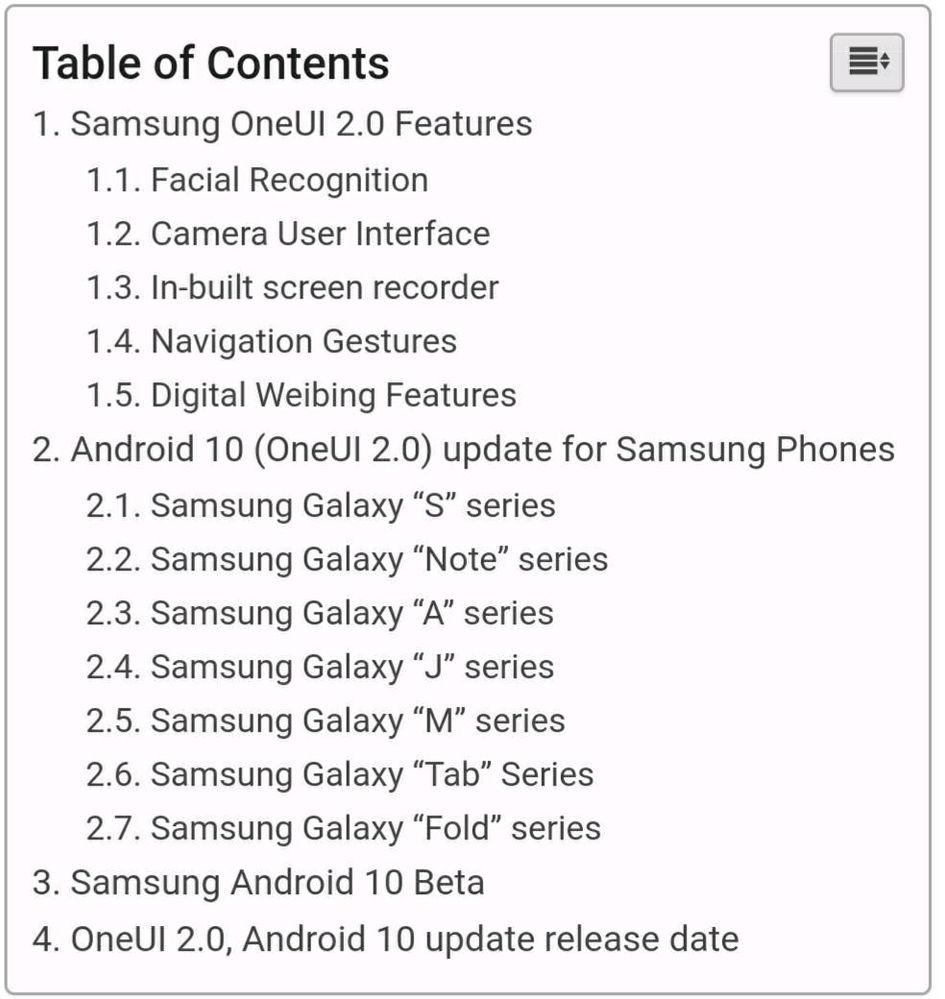 OneUI 2.0 arrives with plenty of improvements over the OneUI 1.0. At the same time, it adapts some new options either. Below is the complete list of the most anticipated Android 10 running OneUI 2.0 features provided by Samsung 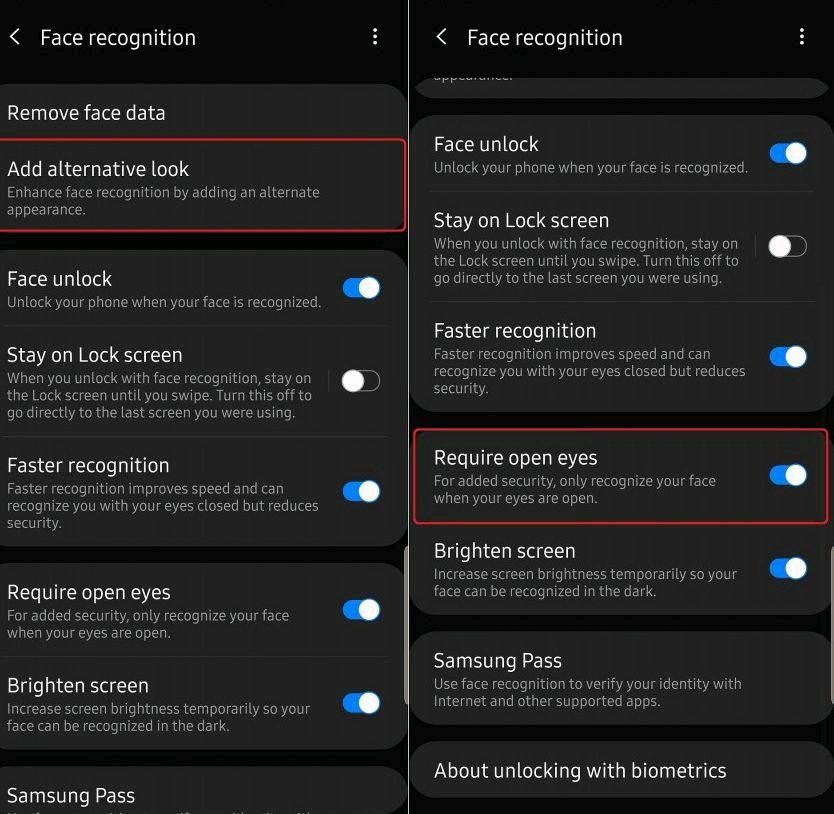 With the latest OneUI 2.0, Samsung has eventually carried some shortcomings in the camera department. The new camera UI lacks some camera modes hidden behind the bars. By default, there are visible modes such as Photo, Video, Live Focus, and Live Focus with Slow Motion and Super Slow Motion included underneath. Even though there isn’t any nagging issue with the redesigned stock camera app, it won’t make a significant change on end-users.

However, this feature was introduced to Note 10 even the older user interface, but now, even older devices will be eligible to get the in-built screen recorder with OneUI 2.0. There are three formats available to record the video including 1080p, 720p and 480p. Besides, you can record the screen in mute sound, with media or media and mic both. Some of the users will find it very useful. Earlier, Samsung users had to rely on the Game Center app.

OneUI 2.0 adds Google Navigation gestures. But the good thing is that they didn’t remove the older Samsung gestures. Those who are familiar with old gestures can continue enjoying the older ones. With the Google Navigation Gestures, you have to swipe up from the bottom of the display to reach the home screen. 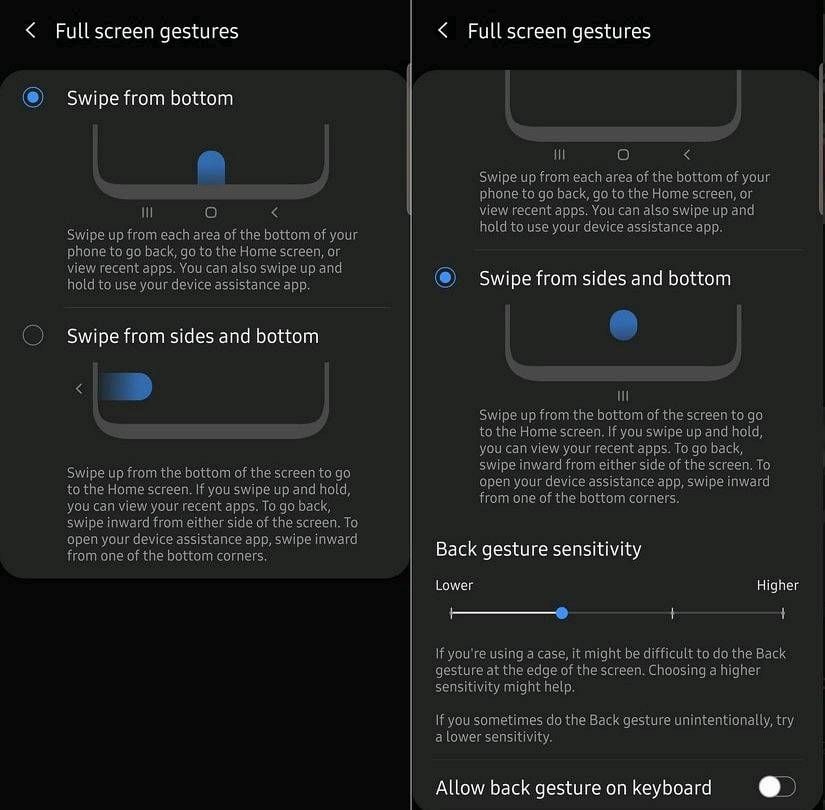 If you swipe up and hold, it will take you to the multitasking menu. To go to the back menu, you need to swipe either the left or right edge of the display. The other good thing is that Samsung didn’t remove the virtual buttons. The standard navigation buttons are there if you don’t want to use swiping things.

With the latest OneUI 2.0, it improves the Digital Weibing features. To recall, Samsung had refused to consolidate any of the Digital Wellbeing features on early stage. Finally, the Android 10 based UI brings Digital Weibing particles probably due to Google making it mandatory for all phones running Android 10.
You now have focus mode, that is well capable of disabling all the notifications once you are opted-out. There is a new parental control mode. Now you can easily control the tasks of your kids. That’s all that are the major changes we have found on the latest OneUI 2.0. Besides, we can expect all the features provided by Android 10 out of the box. Below are some of the important features of Android 10: 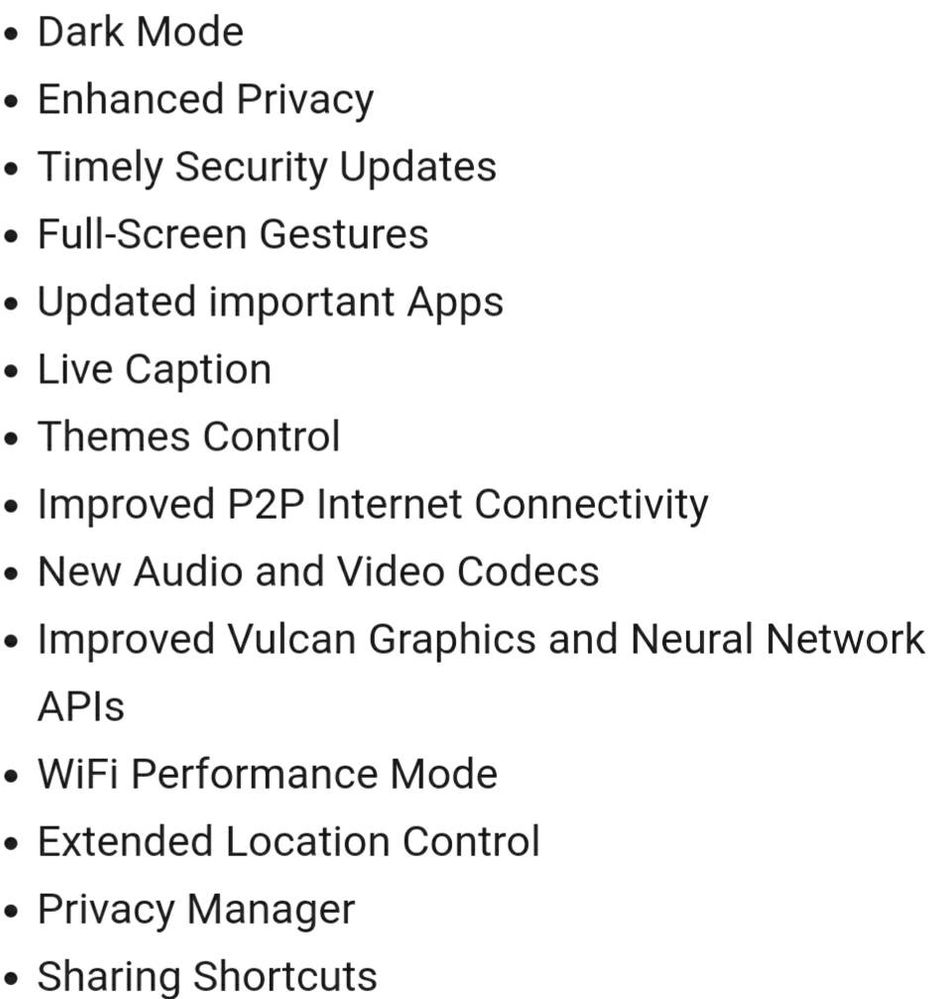 OneUI 2.0 is based on Android 10, which brings various new features as we mentioned above. If you are a regular Samsung user, you might be aware that Samsung provides only two major updates to its phones. However, the company didn’t yet officially confirm the list of phones getting Android 10 update. But we can easily assume based on the company’s past track record.
Most of the Samsung phones that are running on Android Oreo out of the box will get the latest Android 10 update. Android 7.0 Nought phones should not expect the Android 10 update, but they will continue getting the quarterly security patches. We have listed all the Samsung phones that are likely to get the OneUI 2.0 update based on Android 10: 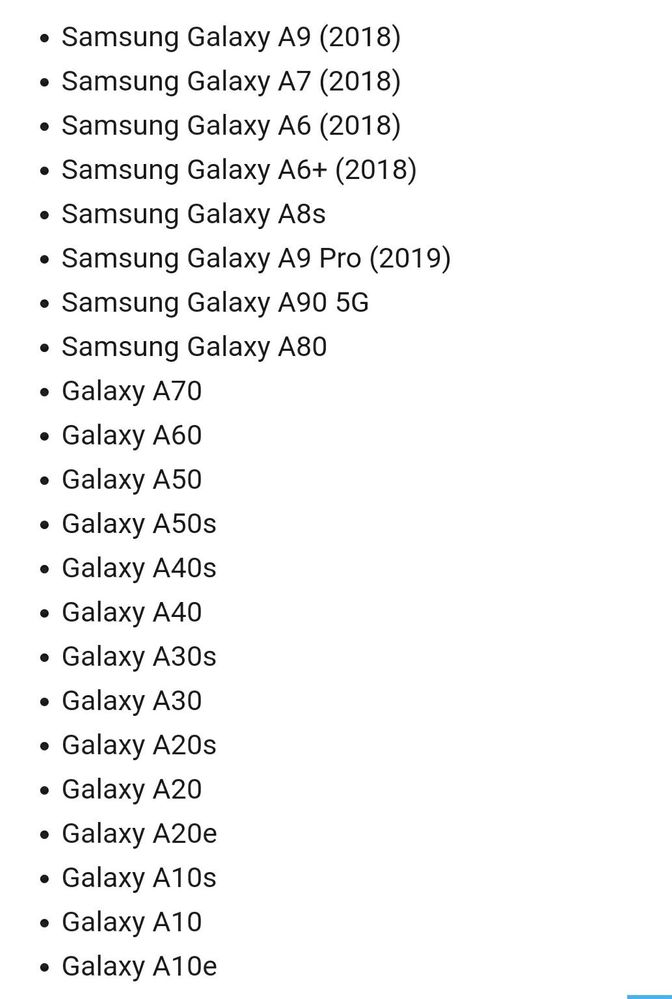 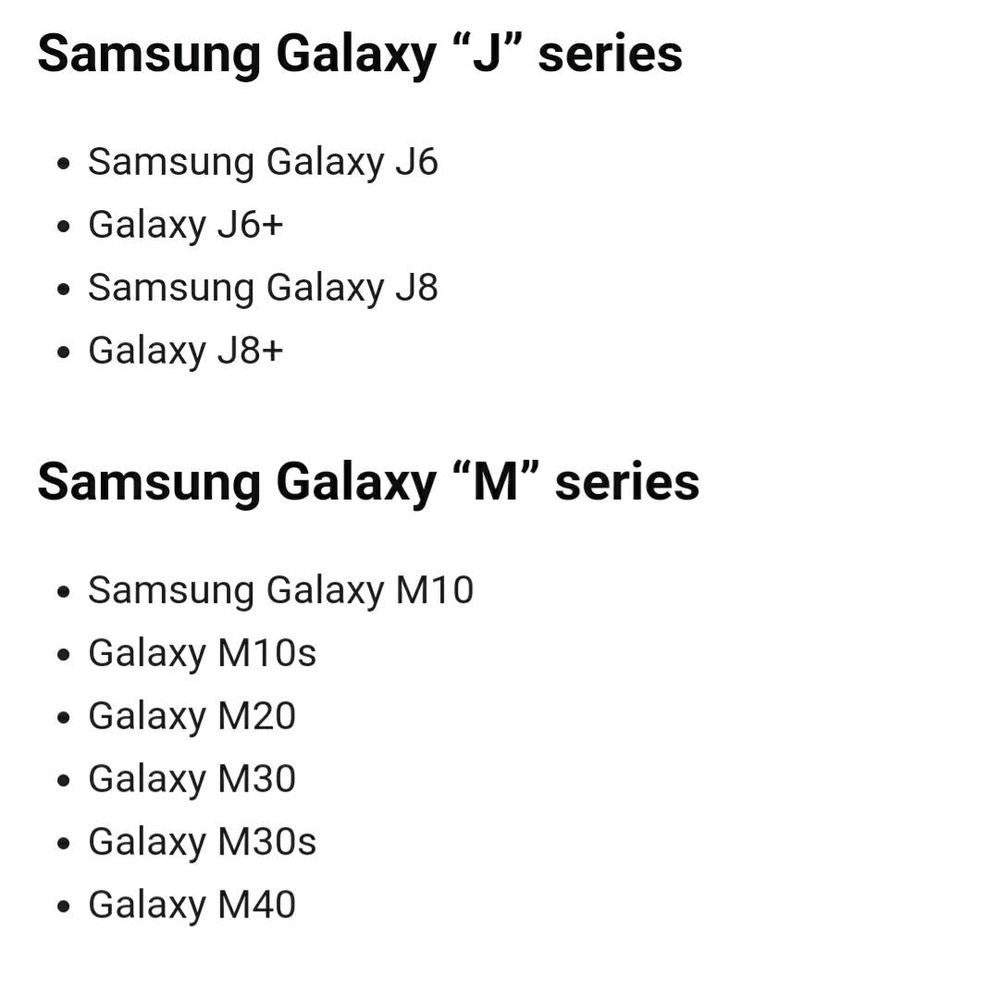 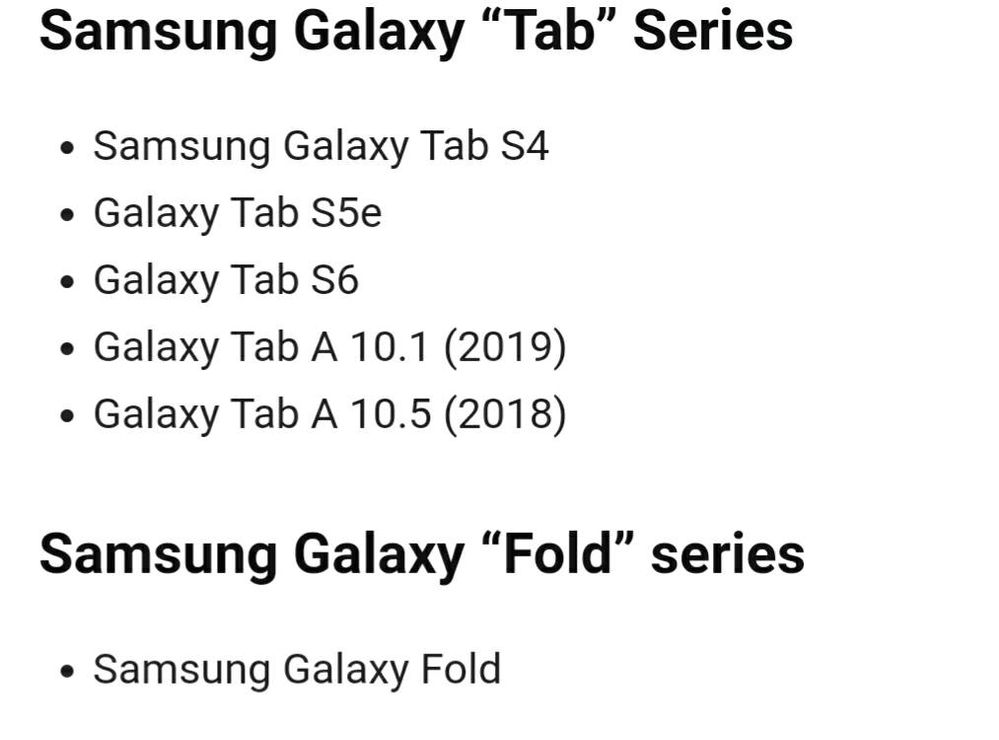 The company has already started pouring the Android 10 Beta based on OneUI 2.0 to its latest flagship phones. The Samsung Galaxy S10 series has been getting the Beta update in various countries. It has been reached in the 2nd phase.

Android 10 beta for the Galaxy S10 series for India, France, and Poland has begun scattering its second release. Users in South Korea, the US  and Germany are the first in line for this update. Most probably, the Beta has been reached nearly to a stable stage. We can expect the stable Android 10 for the current Flagship S lineup and Note series.

OneUI 2.0 development has been already started. Before the end of 2019, we can see a stable update on Samsung flagship phones. Even though the company didn’t provide any official roadmap, we can only assume. We expect the OneUI 2.0 update release date in December 2019
6 Likes
Share
Comment 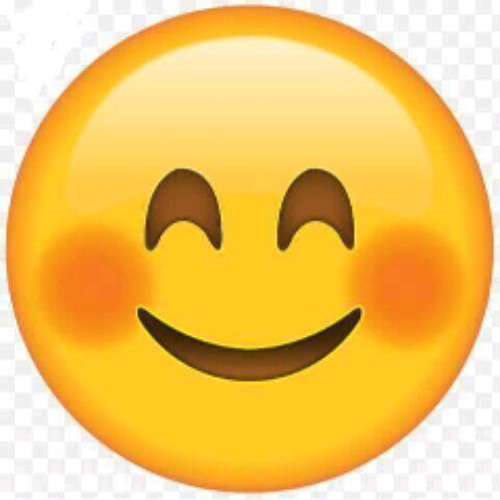