dj9494
★
When Android Q lands, we’re hopefully going to finally see true multi-window multitasking on Android become a reality. That means having more than one app open where both are simultaneously “active” – just like multitasking in Windows. Right now you can view two apps at once, but only one of them will be “active.” One app will have focus, while the other will be in a “paused” state, limiting what you can do with it.

However, if you have a Samsung device you can already sample what “true” multitasking is like, with more than one app open and live simultaneously.

How to try it out To give this powerful multi-window multitasking on Android a whirl for yourself, you’ll need to download an app called Good Lock from the Galaxy Store that is pre-installed on your Samsung phone. (There are actually a number of interesting apps in the Galaxy Store — it’s worth taking a look around.) Open it up, search for Good Lock, and then select install.

Once that’s done, open the app and you’ll see the option to add yet more apps. All these can be used to customize your UI. LockStar will allow you to change the style of your lock screen. Routines lets you perform a number of tasks automatically. However, the one we’re interested in though is MultiStar – which provides more powerful multitasking. Select this option from the menu and you’ll be taken to a store listing to download it. When you return to Good Lock and select it, you’ll be greeted with a few options to change the way multitasking behaves. You can change the split-screen color (because why not) or force all apps to support multi-window (also available through developer options) or pop-up view. Most interesting though, is the option to “Use Multi Window without pausing.” 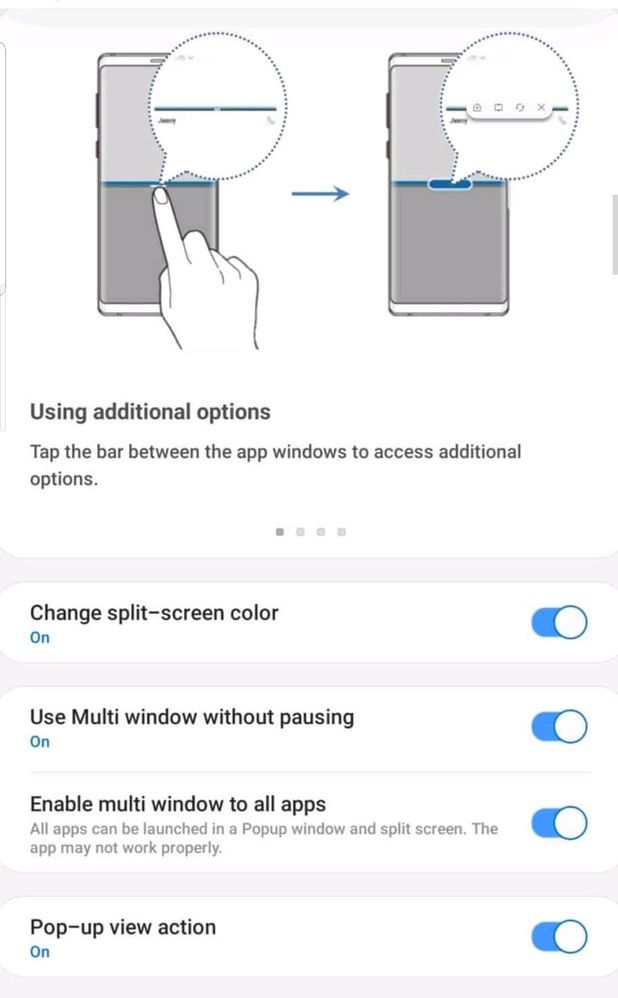 Once you select this option, two apps sharing the screen will both run in real time! Both will behave as though they have focus. Because you can also use the pop-up view to shrink the apps into smaller windows, there’s now nothing stopping you from using a Bluetooth mouse and keyboard and operating your Samsung device just like a PC. At this point you’re just limited by what apps are designed to scale this small. For example, I was able to play Streets of Rage in split screen mode with YouTube playing at the same time (yes, it’s a racket), but not Sonic the Hedgehog. This also makes productivity a whole lot easier, as it becomes more seamless switching from Chrome to Word while researching an essay. 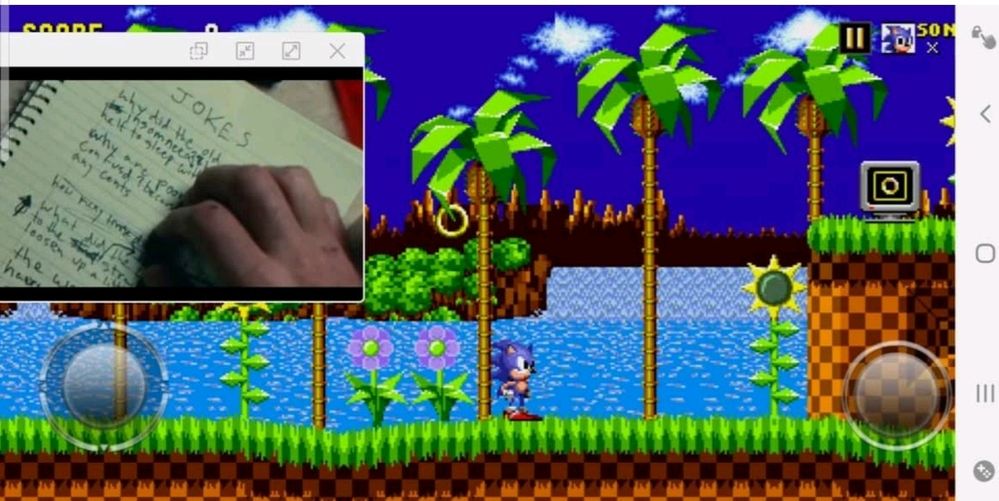 When making apps for Android, developers need to consider something called the app “lifecycle.” When an app first launches, it triggers a code labeled “onCreate.” In here, the app will initialize itself, load everything up, and orient. When the user opens another app or returns to the home screen, that app gets sent to the background. It isn’t removed from memory, but it isn’t running either, it’s paused. At this point, a segment of code called “onStop” triggers. Often this involves things like saving the layout, and maybe setting a timer so the app knows how long you’re gone. The only other option is to run a bunch of code labelled “onPause,” which handles situations where the UI is only partially obstructed (such as when a dialog box opens up).

When the app returns to the foreground, if it is still in memory, it will trigger a series of events labelled “onResume.” This code lets the app carry on from where it started by retrieving any information saved before the pause. If two apps share the screen at once, developers still need to call “onPause,” “onStop,” and “onResume;” there is no separate label for handling that unique scenario. Likewise, only the app in focus will behave in the “resumed” state. MultiStar gives us a way to sample the future of Android right now Developers are encouraged not to pause video, or to stop updating feeds in their “onPause” code, but not all of them listen. They can’t know whether an app is really paused or in split window mode, so they sometimes don’t have any choice. This is why some apps don’t behave as they should when they are in windowed mode. Of course, there are also some limitations to this system: some things you simply can’t do while an app is “paused.” The easiest example would be a computer game: normally forcing this to enter split screen mode (which requires hijinks in the Developer Options) will mean the game pauses whenever something else takes focus.

Google is looking to overturn this limitation in the next version of Android by introducing “multi-resume,” with the incentive being to support the slew of upcoming foldable devices. Presumably, MultiStar works in a similar manner, meaning we can try it out early. So that’s how you can play Streets of Rage while watching YouTube! For developers and users alike, MultiStar gives us a way to sample the future of multi-window multitasking on Android right now. Got to hand it to Samsung for giving us every feature we could possibly want!