However, as we had explained before, Video Assistant is no longer as useful as it was before Samsung pulled it from the browser. Now, the feature does not allow you to open videos in a pop-up window on every site but only on websites that allow it. So, if you were hoping to watch YouTube videos in a pop-up window without paying for YouTube Premium by opening youtube.com in Samsung Internet, you’re out of luck.

However, Video Assistant isn’t a total loss in its reincarnation, as it still lets you watch videos on websites in full screen and stream them to the TV with one tap. Version 10.2 of Samsung Internet also brings the ability to relocate the buttons on the bottom toolbar, adds thumbnails to list view for the tab manager, and introduces something called “Allowed Apps”, which lets you stop apps from forcibly opening Samsung Internet. 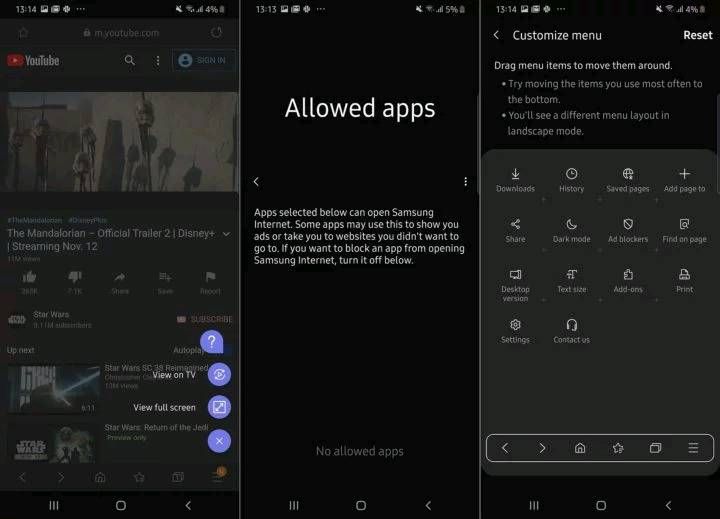