A premature developer specification released by Google mere moments ago essentially confirmed all major rumors regarding the Galaxy Tab S7 series’ specifications. Thanks to one or four early device compatibility listings, there’s no longer any doubt regarding what kind of Android tablets is Samsung planning to make official next week. More specifically, the tablet family will consist of two distinct models – an 11-inch Galaxy Tab S7 and 12.4-inch Galaxy Tab S7+ – both of which will be available in two secondary, not-as-easily-distinguishable variants.

In accordance with Samsung’s established product practices, the iterations of individual models will primarily differ in terms of mobile network support, or lack thereof. 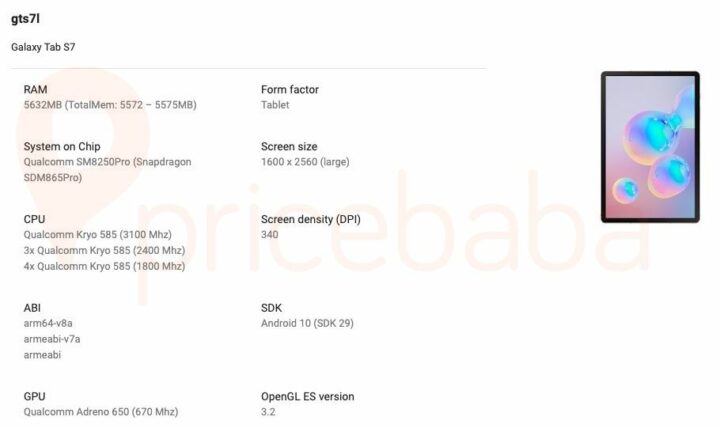 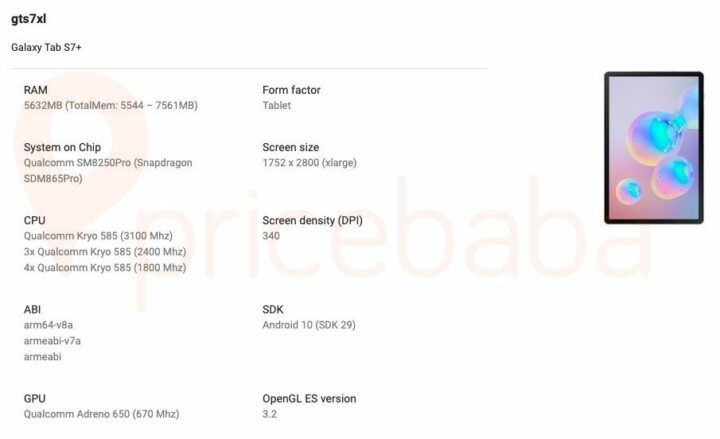 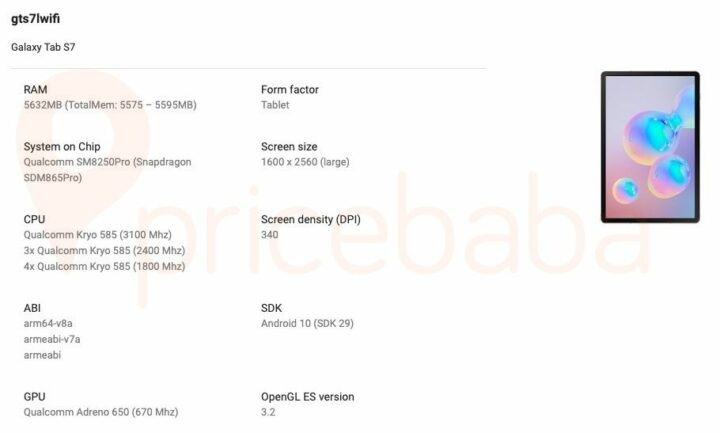 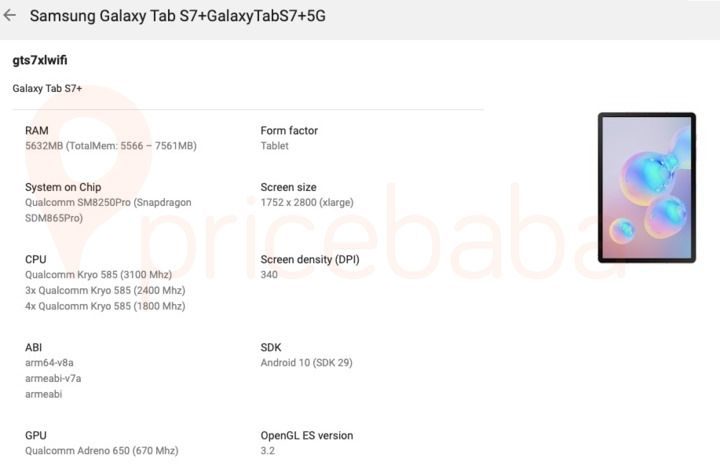 Comparing the two devices is a whole other story, however; the smaller Galaxy Tab S7 lags behind the Galaxy Tab S7+ in so many aspects that it’s about halfway between succeeding last year’s Galaxy Tab S6 and the much more recently released Galaxy Tab S6 Lite. Reportedly, it ditches an AMOLED panel for an inferior LCD alternative, though it fortunately retains a QHD+ resolution, not to mention one of the main selling points of its larger sibling – a 120Hz refresh rate. In other words, the Galaxy Tab S7 range may finally place Android tablets on par with iPads, at least as far as seamless UIs are concerned.

Both slates feature the Qualcomm Snapdragon 865+, which is a 5G-ready chip, though its next-gen X55 modem will only be enabled on the Galaxy Tab S7+. Only the Galaxy Tab S7+ subseries is listed as sporting up to 8GB of RAM, whereas the smaller models will be capped at 6GB. The most affordable of the bunch will have 128GB of storage and support microSD cards up to 1TB. The Galaxy Tab S7 is somewhat more disappointing when it comes to battery capacity, but it remains to be seen how much worse it will perform than the Galaxy Tab S7+ in real-world scenarios.

The Galaxy Tab S7 series will launch exactly a week from now, with Samsung planning to formally unveil it at an online-only Galaxy Unpacked event. The happening, whose first official video teaser debuted this Monday, should also feature the announcement of the Galaxy Note 20 lineup.