For a long time, people have been comparing iPhones and Android phones. One of the companies that Apple devices get compared to most is Samsung. A real-world speed test conducted by a famous YouTuber Phonebuff between the Samsung Galaxy Note 10 and the iPhone 11 Pro Max resulted in Note 10 being a winner. The main reason for the iPhone 11 Pro Max’s loss is its poor memory management issues.

When Apple announced its iPhone 11, there were two things that were significantly different from the previous models. The first was its unique design with the centered Apple logo and the square camera bump and the second was the new Apple A13 Bionic chipset that all variants in the iPhone 11 lineup featured. The A13 Bionic chip was advertised by Apple as being 20 percent better than its predecessors. The processors undoubtedly performed well and apps loaded fast.

In the speed test video by Phonebuff, there were two laps. In the first lap, a series of apps were opened on the smartphones with one app being opened as soon as the previous one completed loading. In the second lap, the YouTuber opened each app once again to see which apps were stored in the memory and which had to be started once again

The Apple iPhone 11 Pro Max initially outperformed the Samsung Galaxy Note 10 as far as processing activities like rendering and loading games are concerned. It loaded apps like Excel, Snapseed, and Spotify faster than the Samsung phone. However, in the second round, the iPhone lagged as it was unable to retain these apps in its memory and had to load them up once again. Due to this, the Galaxy Note 10 won the real-world speed test by a whole 16 seconds. 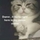