Samsung Android 10 update with One UI 2.0 coming to these Galaxy phones in India

Samsung's list of devices to get the Android 10 based One UI 2.0 update has been released and a lot of mid-range as well as premium devices are getting the update by July 2020.

In March 2020, Samsung will only bring the Android 10 update for the Galaxy M40. No other phone is scheduled to receive that update in April.

MohitMalhotra
Active Level 2
The information is as good as what is in the article, you would have to wait for an official response or an update from Samsung, kindly keep checking the community for updates.
0 Likes
Share
Reply
Reply
Loading...
Highlighted 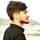