Samsung puts Android 10 beta as its forerunner. Galaxy Note 10 and Note 10 Plus devices have the most features of the redundancy of Android beta 10. First of all, it explained in Germany. The third Android 10 beta has the build number N970FXXU1ZSK4 based on One UI 2.0. It is available for the Galaxy Note 10. Note 10 Plus also updated with the build number of N975FXXU1ZSK4.

The previous update N975FXXU1ZSJF first arrive in the U.S and Europe and after this  ZSK4  latest update reached. So that is why we can say that it is the first ZSK4 in India.

In Samsung Member’s app, the Android 10 beta program available. With the help of  One UI Beta Program tab, interested users can register themselves. You will get the notification of the ZSK4 update if you have already installed the previous version of Android 10 One UI 2.0 beta. But if you are using it the first time, then you may have to register this app.

When the update is available in your area, it will notify you. Under the Setting App, you can go to Software updates and easily download it. It weighs over 1 GB. When you are downloading it, you must connect your WiFi. Before installing it, first, charge your battery.

This new update arrives with advance features having  One-handed Mode, Media, and Devices along with smart replay and spam filtering for the Messages app. Users can enjoy dark mode, Live caption, location control for individual apps. 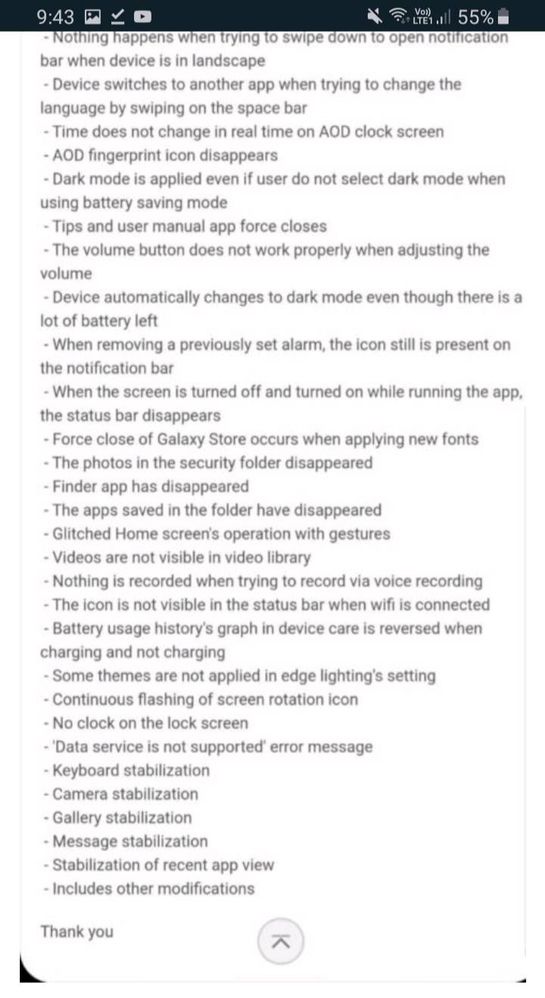 KavUtk
Active Level 6
I have not received any info about this update
0 Likes
Share
Reply
Reply
Loading...
Highlighted