Samsung’s next Unpacked event might take place exclusively online in the wake of COVID-19. Even so, the usual timeframe has yet to change and the event remains scheduled for August, which means that we’re just three months away from taking our first official look at the Galaxy Note 20 lineup.

The Galaxy Note 20 will borrow some features from the Galaxy S20 series; that’s almost a certainty, even if we don’t know exactly what this entails yet. Regardless, we have a vision of what Samsung should and shouldn’t do to the upcoming S Pen flagship to improve it, and today, we’re sharing it with you. So, without further ado, here’s our Galaxy Note 20 wishlist so far.

A flatter display for a better S Pen experience
Samsung’s curved edge display has its design benefits, but it’s not quite the perfect match for the S Pen. This combination is not a deal breaker, but it doesn’t bring any real benefits either. It only contributes to an awkward S Pen experience in some situations.

Samsung equipped the Galaxy S20 series with a flatter display. It has a less pronounced curvature around the left and right edges, and we’re hoping that the company will take a similar route for Galaxy Note 20 series, or even borrow a page from the Galaxy Note 10 Lite when it comes to the shape of the display.

Samsung took a different route with the Galaxy S20 lineup released earlier this year. Although each S20 model is sized differently, the resolution is the same across the board. Samsung will hopefully borrow this philosophy from the S20 series and equip the base Galaxy Note 20 model with a QHD+ panel.

We’d be willing to bet that the Galaxy Note 20 will have a 120Hz display similar to the Galaxy S20. There’s no reason to believe Samsung will go back to 60Hz for any of its upcoming flagships (not counting foldables because they’re a different kettle of fish).

However, Samsung’s first step into a higher refresh rate isn’t perfect. The Galaxy S20 lineup doesn’t support 120Hz at QHD+ resolution, and this limitation might be caused by a hardware bottleneck. Whatever the case may be, we’re hoping the Galaxy Note 20 pushes the bar further with support for 120Hz at the highest resolution, for both the base and the Plus/Ultra models.

Samsung’s S Pen suite of apps doesn’t always feel very well thought out. Some apps are more polished or complete, while others feel unnecessary or experimental. These apps (Live Message, for example) are all but forgotten by most Galaxy Note users.

If Samsung can’t add value to every single S Pen app that exists, the company should at least strive to offer a more focused stylus-centric experience. In our opinion, the Galaxy Note 20 should offer a less bloat-riddled S Pen suite of apps. Sometimes, less is more, and focusing on improving those few apps that are actually useful could go a long way.

The Galaxy Note 10’s S Pen introduced a gyroscope as its main killer feature, and this hardware component was paired with Air Actions, which can be described as a great idea implemented rather poorly.

The Galaxy Note 20 should not abandon Air Actions even if this feature won’t see a revamp. However, bringing more utility to Air Actions is something we’d like to see from the next S Pen flagship. We’re hoping Air Actions will be implemented in more creative ways later this year.

The upcoming S Pen flagship probably won’t (or shouldn’t) have the exact same camera setup as the Galaxy S20, S20+, or S20 Ultra. However, if there’s one camera feature that should be carried over from the Galaxy S20 Ultra to the Galaxy Note 20, it’s the insane zoom capabilities.

Naturally, we’d like the Galaxy Note 20 to borrow the Galaxy S20 Ultra’s impressive level of zoom even for the base model, though this could increase the series’ entry-level price. Nevertheless, 100X zoom could be an even better match for the Galaxy Note 20 lineup given that zoomed photos greatly benefit from a steady hand or a stand/tripod. Pair that with the S Pen’s remote camera shutter button feature and the Galaxy Note 20 could become a mobile photographer’s dream.

There’s no secret that the gap between Samsung’s flagship Exynos SoC and Qualcomm’s alternative had widened further with the Galaxy S20 lineup, to the point where shareholders grilled Samsung for the chipset’s relatively poor performance. And although Samsung gave up on its custom cores for next year’s top-tier Exynos solution, there’s still a high probability that the Galaxy Note 20 will have an Exynos 990 chipset in some markets just like the Galaxy S20 does.

This may be wishful thinking, but we think it would be better for both the company and its customers if Samsung would stop using its custom cores sooner than 2021; drop the Exynos 990/992 SoC for the Galaxy Note 20 and equip the flagship exclusively with Qualcomm’s solution.

The lack of a microSD card slot on the smaller Galaxy Note 10 is generally a non-issue, but that’s only because the base model boasts 256GB of built-in storage. The Galaxy Note 20 will inevitably share some features with the Galaxy S20 lineup, but a lower storage capacity should not be it.

We think the base Galaxy Note 20 model should have no less than 256GB of built-in memory. That’s the baseline established by the Galaxy Note 10, and Samsung should definitely avoid a memory capacity downgrade for the upcoming model.

The Galaxy Note 20 is almost guaranteed to have an under-display fingerprint sensor. What we’re hoping is for Samsung to at least offer a larger sensor area if a higher accuracy is not yet obtainable.

Do you agree or disagree with any of the above? Do you have expectations of your own for the Galaxy Note 20 lineup? Feel free to join us in the comment section below and let us know. 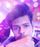 e3
Expert Level 5
iris scanner is way better secure than those fingers prints more over I wished it could have the 3d face scanner but I I know samsung won't do this
0 Likes
Share
Reply
Reply
Loading...
Highlighted