Bug Fixes (Translated) -Screen flicker phenomenon -If you use the app and come out to the home screen intermittently the wallpaper is blurred-If you turn off the screen while the app is running, the status bar is invisible -Slow response time during capturing during the screen change or switching screen after capturing Captured -Keyboard bottom area cut off -Keyboard resize not set -Two contacts app displayed after updating-Folder app pulled out to the desktop disappears-App version changes to look like Android app after version update -Charging AOD– Bad noise when connecting a Bluetooth device-Gesture malfunction 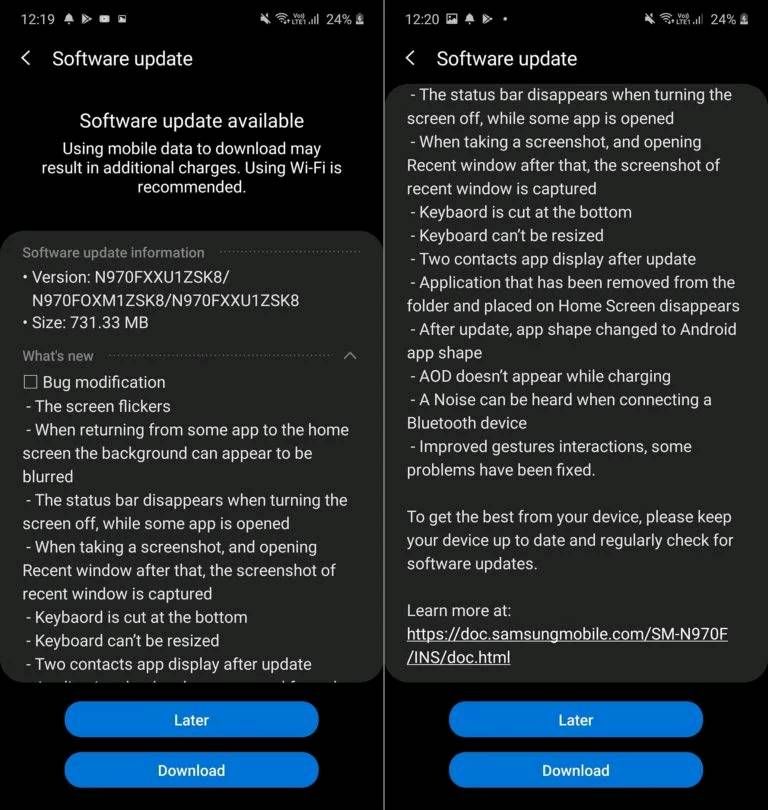