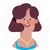 Samsung is back with the Galaxy M30s after7 months following the M30, with some huge upgrades, the biggest being the presence of a 6000mAh battery, a 1st in this price range, which is a full 1000mAh more than the M30.

But how will the Samsung Galaxy M30s perform in the Tests especially after the recent failures of the plastic A-Series and M Series line-up? Also, confidence levels are obviously pretty low since the last M-Series device tested on Channel, the Galaxy M20, had also failed part from the 6000mAh Battery, the next big upgrade of the Galaxy M30s is the 48MP Camera compared to 13MP's on the M30.

Though both phones retain the Dolby Atmos Sound features far as looks and Design go, it may not have that attractive light-reflecting back like Xiaomi and Realme devices but at least it has a gradient Blue to Green Design on its ordinary plastic back.

Even though it has a humongous 6000mAh Battery, it weighs-in at just 188gms which is pretty similar to most other devices.

And contrary to expectation, it does not have a heavy in-hand feel and seems to be doing ok in my usual Trial Bendthough with a bit of flex Before starting with the Scratch Test, a Quickword for you potential buyers deciding to buy the Galaxy M30s, about the Heavy Gaming performance of the 10 nanometers Exynos 9611 coupled with the Mali G-72 GPU.

Even though it does not have an AnTuTu score as high as saying a Snapdragon 712 on the Realme XT and scores even lower than the Snapdragon 665, it still manages to default at High Graphicsin PUBG.

And as you can see the performance is pretty smooth enough even for moderate to heavy gamers Starting the Scratch Test on the Galaxy M30sto knows the Quality of its unknown Tempered Glass Protection with common items found in pockets and a Heavy Duty Box Cutter! Most budget Oppo, Vivo and Realme Devices comes with pre-applied plastic screen protectors used to hide poor Quality Glass Protection with no Oleophobic Coating and are not able to handle the blade abuse with ugly ScratchMarkz.

Whereas Higher Quality Glasses found on flagships or even basic Corning Glass found on Redmi Devices are easily able to survive without any Major Scratches Samsung have mostly used Good Quality TemperedGlass even on their budget devices, its the same with the Galaxy M30s and passes my ScratchTest Now moving onto the Sound Test, to check out the Audio Quality of the bottom-firing External Speakers.

The Sound Quality is pretty good in terms of Clarity and high Treble though it may not be as Loud as Realme or Redmi DevicesNot every device is able to survive the Drop Test even with Protection, like the recently failed Realme 5 Pro Or the Redmi K20 Pro! So, will the Amoled Display be able to survive the Hard Drops? Starting the Practical Drop Test on Hard floor with a slightly defective case and ordinary tempered glass The 6th facedown drop from Pocket Height has managed to break the glass protection at the bottom right, due to the case which is loose and defective at that end! Now for the 7th Drop this time from 6 Feet Head HeightEven after 12 hard drops with a defective case, the AMOLED Display, plastic body and back camera on the Galaxy M30s did not suffer any physical or internal damage and passes my Drop Test Now moving onto fun stuff with Value, the end Test, lets check out the Structural Strength of the Galaxy M30s and see if the PlasticForm Factor suffers from any weakness or not? After the 1st Bend, the M30s suffer from a bit of flex and things seem to be ok.

But after the 2nd Bend things start to gradually Downhill starting with the Touch getting somewhat unresponsive and a few lights crack across the screen.

And by this Point the M30s had also lost its ability to Power-Off or Restart After the 3rd and final Bend, the Touch Screenwas almost totally unresponsive after which the Display eventually went Blank and never came back On! In comparison, the budget Devices of Realmeand Xiaomi with Plastic or Glass Designs, have done much better than the Galaxy M30s which badly fails my Bend Test.