The official posters of the upcoming Samsung Galaxy Quantum2 were shared by a user of South Korea’s Naver blog on Friday. It has revealed the entire design and specifications of the smartphone. The source claims that the Galaxy Quantum2 will be announced on April 23 in South Korea and it will be up for reservations between April 13 and April 19. The smartphone will be kept for demonstrations at SKT telecom operators’ retail stores. Rumors are rife that this device will come to markets outside South Korea with the Galaxy A82 5G moniker. 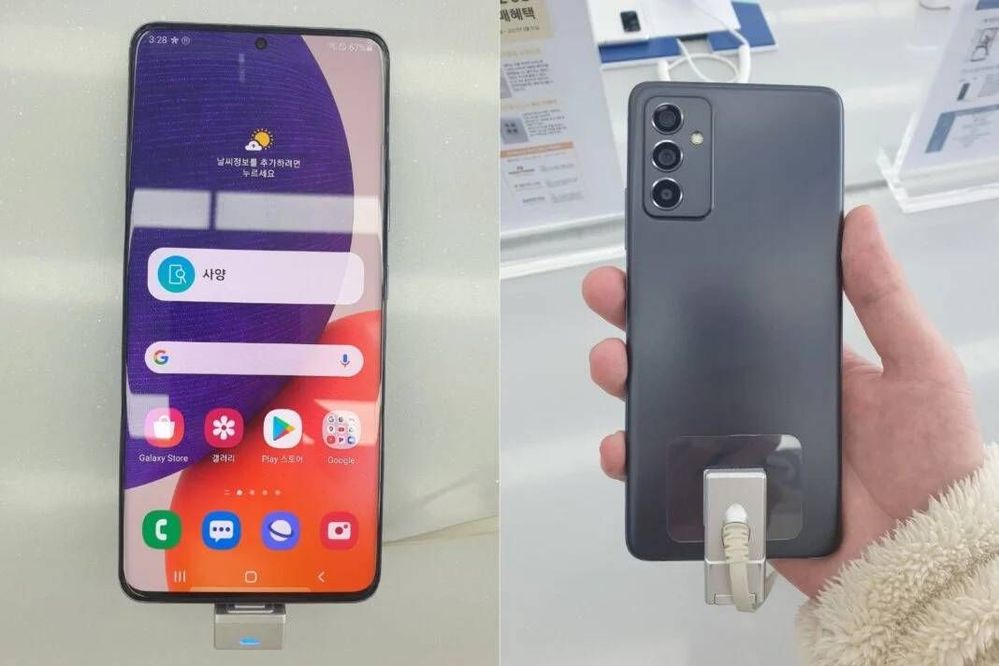 Samsung Galaxy Quantum2 (Galaxy A82 5G)
The Samsung Galaxy Quantum2 measures 161.9 x 73.8 x 8.1mm and it weighs 176 grams. The device houses a 6.7-inch Dynamic AMOLED display that offers WQHD+ resolution and a 120Hz refresh rate. The Infinity-O punch-hole on the screen has a 10-megapixel selfie camera with autofocus support.

The Snapdragon 855+ chipset is present under the hood of Quantum2. It is coupled with 6 GB of RAM and 128 GB of storage. The 4,500mAh battery of the device supports 25W fast charging. It offers other features like a microSD card slot and an in-display fingerprint scanner.
2 Likes
Share
Comment
2 Comments