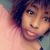 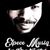 with Galaxy
Have you dropped your phone recently? Does it have a cover around it?
0 Likes
Share
Reply

with Galaxy
Never dropped it before and yes it has a cover..it was working for the first 2 months I bought it then stopped
1 Like
Share
Reply

with Galaxy
One other question, have you been shaking your phone vigorously? The sensors in the camera also use optical image stabilisers so that could cause issues if say, you placed it on a motorcycle (not saying you did, just giving an example)... However, it would appear that you're unlucky here. Seems like a camera fail on the hardware side so you have to ask Samsung to take a look at it. Nothing a lot of us can do with hardware failure (and it does happen with any phone).
1 Like
Share
Reply

with Galaxy
It's only one the reasons I got a black foam pad like those of mouse pads and placed it where I usually place my phone in my car.
0 Likes
Share
Reply