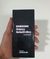 Galaxy Note
The China Market used to get as well as the American and Korean markets, the Qualcomm Snapdragon SoC.
Having it launched in Shanghai is supposed to be a good indicator, that Samsung hopefully is going to manufacture a chip strong enough to outperform the Snapdragon and replace it in a market as big as China.
We all now by now from many reviews and hundreds of videos on youtube and tests as well as teardowns, that the Exynos chip is less performing and consumes more power.
Unfortunately this is the chip we get on our phones in the GCC and Europe, when we pay the same price as the better performing chip. Users in these regions are buying Snapdragon Samsungs from unofficial stores and risking having no warranty just to get the performance they deserve.
Looks like now we might finally get a stronger or matching chip to the Qualcomm's Snapdragon, with 5nm technology and better overall performance and battery consumption.
This chip is supposed to replace the Exynos 980, which is on the mid level phones, but should outperform the famous 865+ beast.
Imagine the 1090, which will hopefully replace the 990 we currently have on the high end S20's and note20's.
Worth keeping an eye on the event.
1 Like
Share
Comment
2 Comments

Galaxy Note
They never did a lunch like this for a processor, in a market that big, good things coming, competition is already on 5nm.
0 Likes
Share
Reply