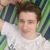 Galaxy A
I will not stop until Samsung and the Android system introduce A50 but also A70 in the list of phones with updates for 3 years. They were voted in the top of the best phones in 2019 series A and now you pull the flap of these phones ? It's not fair, I understand that a year and something has passed and soon it will be 2 years since its launch, but for real. By the way, we checked the launch dates for S10 and A50. at launch between S10 and A50 and you do not enter A50? This thing is super annoying. I understood with Android 10 that you gave it later on A50 than S10 but you gave it at least. Enter the A50 and A70 on the list for three years and those who see this message and use these 2 models (even if I talked more than the A50) share more to see other users of these phones and friends and all. , Samsung and Android must see and understand that we can not simply exclude some models as nothing.

Thanks for the feedback, the request will be shared to the concerned team.