The stable One UI 2.0 update is now available in more regions. It is available in South Korea, France, Spain, India, Panama, Ireland, Vietnam, and the UAE.

Samsung just rolled out the One UI 2.0/Android 10 updates for the Galaxy S10e, Galaxy S10, and Galaxy S10+. The update is now rolling out to the more regions, it is now available in Germany, Poland,and the UK.

The stable One UI 2.0 update for the Galaxy S10e, Galaxy S10, and Galaxy S10+ are available for download now. The update is being sent out OTA gradually. It may take some time before it becomes available in all markets.

You can check for the update manually by heading into the Settings > Software update menu on your device. 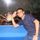 Farah7745
Active Level 6
when some people asked me about android 10 rolling out date I am also predicting in December & January.
0 Likes
Share
Reply
Reply
Loading...

MuhammadS
Active Level 6
not december but jan for s10 and note 10 -- and fab s9 and after that other ---
0 Likes
Share
Reply
Reply
Loading...