Galaxy A
Before the device is actually launched we hear multiple different rumors regarding the device specs, dimensions, features etc. Now we have rumors regarding the Samsung Galaxy A23, as its launch is somewhere in the near futureGalaxy A23 is the successor of Galaxy A22 and Galaxy A22 5G. According to the LetsGoDigital the Galaxy A22 successor will be having the dimensions as 165.4 x 77.0 x 8.5 mm (or 10.3 mm if camera housing is included). Whereas the Galaxy A22 4G measured 159.3 x 73.6 x 8.4 mm and Galaxy A22 5G as 167.2 x 76.4 x 9 mm. On the other side @OnLeaks shared their knowledge which was based on the leaked CAD files.

Against all the rumors Samsung is following the design of Galaxy A series in Galaxy A23. According to the images the Galaxy A23 will have a 3.5 mm headphone jack, a USB Type-C port, a single speaker and a waterdrop notch for a front-facing camera. On the bottom Samsung is following its budget and mid-range design i.e. it has a thick bezel. As for the chipset that will be used in the Galaxy A23 according to Geekbench, the previous rumors of it being equipped with a Dimensity 700 like A22 5G are refuted. Furthermore the A23 has appear in four different listing, but its release date is still not confirmed 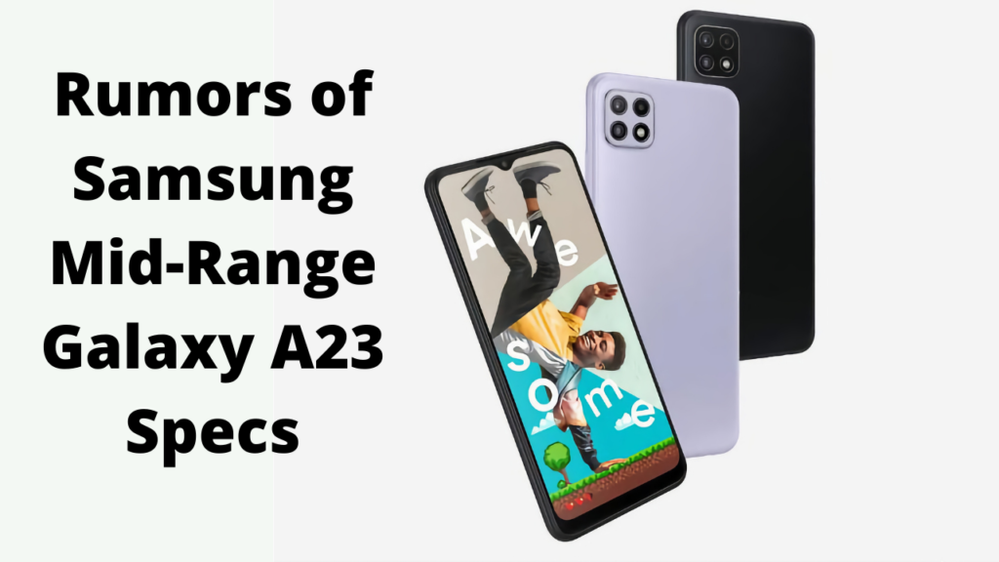