If you are familiar with Developer Options, you might have already seen an option called "Standby apps".

This has been there on Android phones under different names since Android 9.
But what does it actually do? And how can we use this feature to increase battery life as well as performance?

"Standby apps" is a power-saving tool and it categorizes your apps under four categories.
Each has its own set of rules on how the apps belonging to each category will use available system resources in terms of CPU, battery, etc.

1. Active - Apps that don't have any restrictions/limitations from the system

2. Working Set - Apps with medium restrictions/limitations from the system

3. Frequent - Apps with stronger restrictions/limitations from the system than in Working Set

4. Rare - Apps with higher restrictions/limitations from the system. Apps placed in this category are imposed with a strict set of rules on their ability to run, receive FCM messages, receive push notifications and connect to the internet.

An explanation on these categories with their restrictions (briefly) is given here:
https://developer.android.com/topic/performance/appstandby

Putting apps in different categories as per the usage patterns reduces the extra background process load from the device and it ends up in consuming relatively less battery power and CPU resources.

By default, the apps will be shown already categorized according to your app usage patterns.

You can manually assign apps under each category as well.

Note that you have to turn ON the "Adaptive battery" feature to be able to manually change the category and use this feature properly.

If you don't have "Adaptive battery" ON, that means that all apps are treated as "Active" by default. 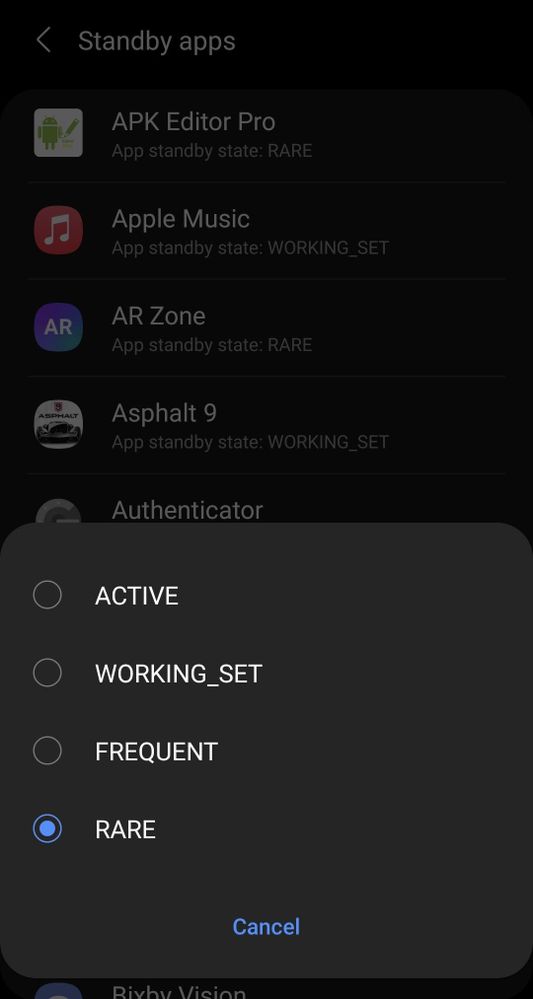 Also a quick note, some built-in apps and some other apps might be ignored ("Exempted") from this feature as well. 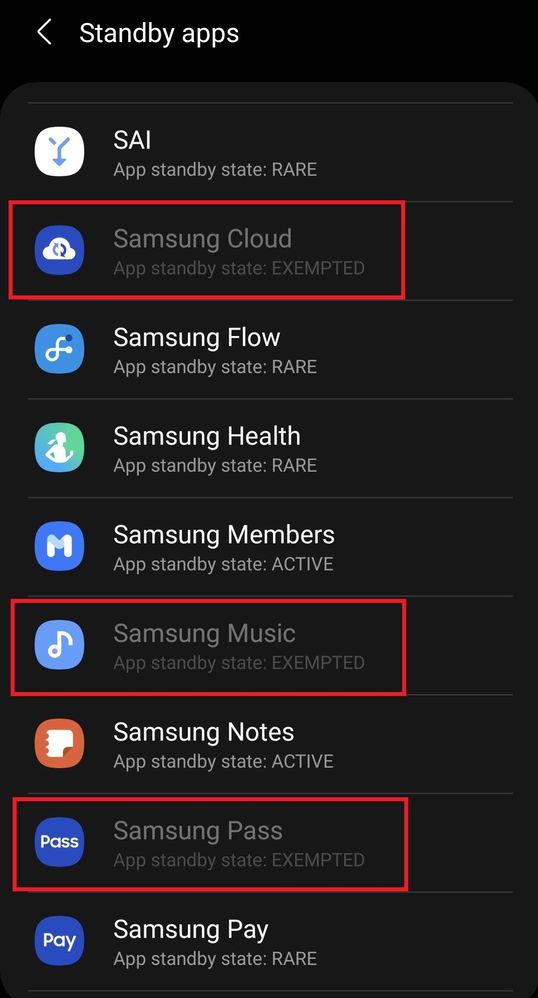 I have a problem,✋

What does when I put all apps to Rare category?🤣😅😀
2 Likes
Share
Reply

You can put all to Rare if you like to use a device where apps don't work properly. 😄
2 Likes
Share
Reply

thank you bro.
question, do you know what these system restrictions are exactly? what things are getting blocked or minimized?

Others
No problem brother! 😊

An explanation on these categories with their restrictions (briefly) is given here:
https://developer.android.com/topic/performance/appstandby

Other than what's said here, I am not aware what kind of restrictions are exactly imposed.
Thank you for asking this, I added this reference link to the post as well.
2 Likes
Share
Reply

Others
Great tutorial, i interestingly most of my apps were set to RARE by default, is that normal?
1 Like
Share
Reply

Thank you; and yes that's normal. Android OS decides the category according to the app usage patterns over time.

"RARE" apps are the least often apps you have used in your device.  So the OS will impose the highest resource restrictions and it will not keep any resources "stand by" for the apps in this category.