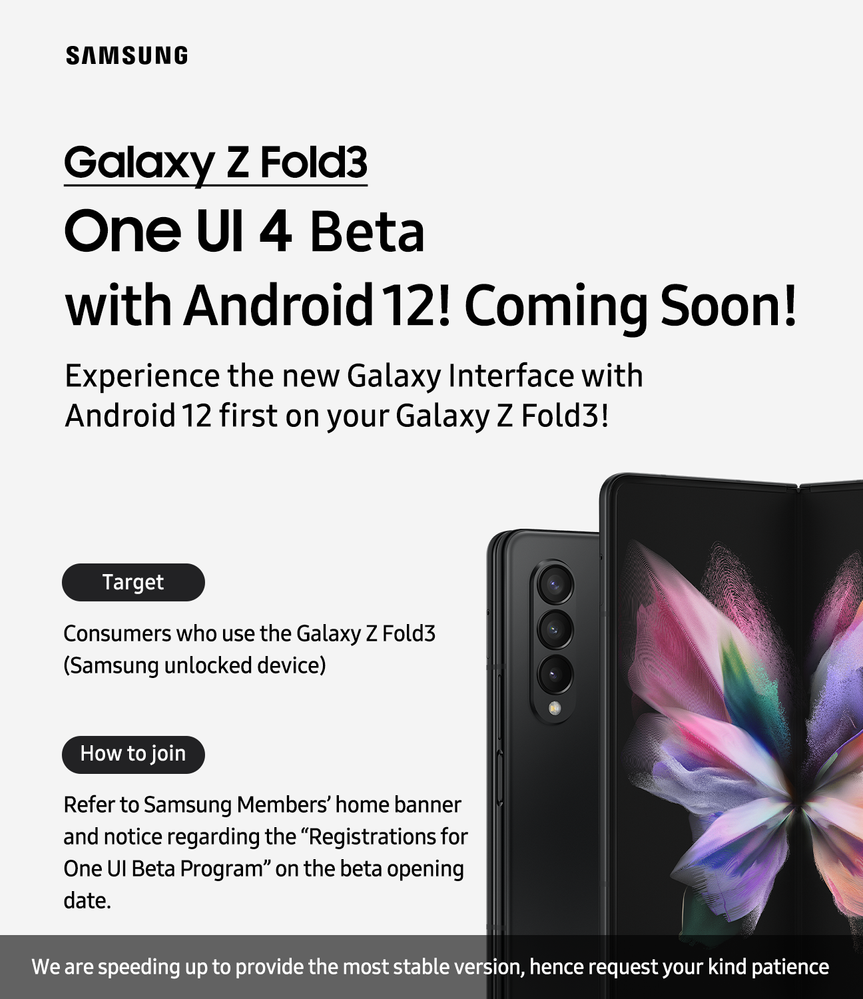 Galaxy Fold
I don't know, but I feel people who buy these flagship level series like S21, Z Fold 3 or Flip3 ..not much of them will have time to test the beta and give feedback over it. Either they will just install and won't give feedback or just won't install at all.
Rather people who buy A series are more likely to be tech nerds who just want to test these things out and give feedback as much as possible.
Waiting for A52s OneUi 4 Beta. I am so into its testing and giving feedback and suggestions.
4 Likes
Share
Reply
viralvaghela
Active Level 3
Options

Galaxy Fold
I use the Fold 3 and I'm ecstatic. Can't wait to try out the OneUI 4 beta. It's good to see that Samsung is taking care of its customers.
0 Likes
Share
Reply
viralvaghela
Active Level 3
Options