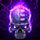 iGuy
Active Level 3
Can anyone inform me as to why there's suddenly NO servers or updates available for the Samsung Gear VR?
As well as my PAID for content in my library which is also missing.
Please Don't tell me that this is yet Another Service that Samsung has chosen to discontinue.
Myself as well as many other loyal Samsung consumers no doubt have all paid a huge sum of money on the Gear VR Headset with remote combo, and whats worse is my PAID for library that was built up over the years is also missing...!?
Which make no mistake the Oculus VR Store was no cheap stroll in the park either as the VR content was extremely costly be it for games and or videos.
And considering the fact that I paid for everything in my Oculus library, I strongly feel I should at least be entitled to keep what I have rightfully purchased!?
This is Not the first time Samsung has pulled the plug on one of their devices/paid for services I have owned but make no mistake, it WILL Most Definitely be the LAST Time.
0 Likes
Share
Comment