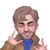 Wearables
Mr. and Mrs. Samsung.
You know when you tell people that you're receiving something and after a while, you don't. People get angry.
The excuse of using an explanation of the clearance of a sensor or the legalization of the sensor is not authorized in some countries- is a **bleep** story. It's a false advertisement. With that being said in some countries you can be held accountable for false advertisement. It is considered a false advertisement in South Africa. Providing a unproficient product.
You are a big company. Solve the problem. We want results not excuses. I think that is what we pay for.
1 Like
Share
Comment
1 Comment

Hi mrdietz,  we apologize for the inconvenience

Samsung appreciates your input and our team of experts will look into the possibilities of improving the product quality.