The two largest TV brands in the world, Samsung and LG, were fighting over the former’s QLED marketing claims. However, both companies have dropped complaints against each other in the South Korean market. The FTC (Fair Trade Commission) has decided not to further the process after the brands withdrew their charges.

In September 2019, LG had filed a complaint against Samsung Electronics for a “misleading advertisement” regarding its QLED TVs. LG said that Samsung’s QLED TVs are merely LCD TVs with a backlight that has an additional Quantum Dot panel, not a “true QLED” display that uses quantum-dot light-emitting diodes. One month later, Samsung filed a complaint against saying that LG needs to stop negative campaigning without clear proof.

Samsung uses the QLED marketing term for its mid-range and high-end TVs that use quantum dot technology to improve brightness, color volume, and contrast ratio. Even other brands like OnePlus and Xiaomi that use Samsung’s QLED display panels in their TVs have come up with their own marketing terms.

LG uses OLED panels in its high-end TVs that use true self-emitting pixels for deeper blacks and infinite contrast ratio. However, OLED TVs are susceptible to burn-in damages when images are retained for a long time on the screen. The company also sells its own version of QLED TVs with the ‘Nanocell TV’ branding. 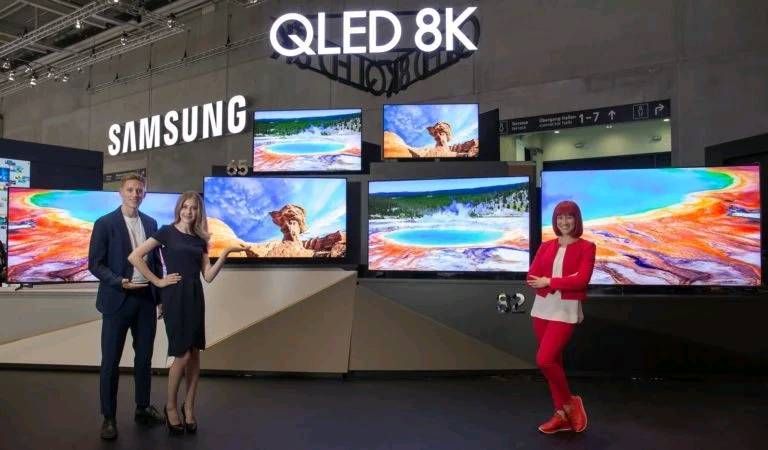