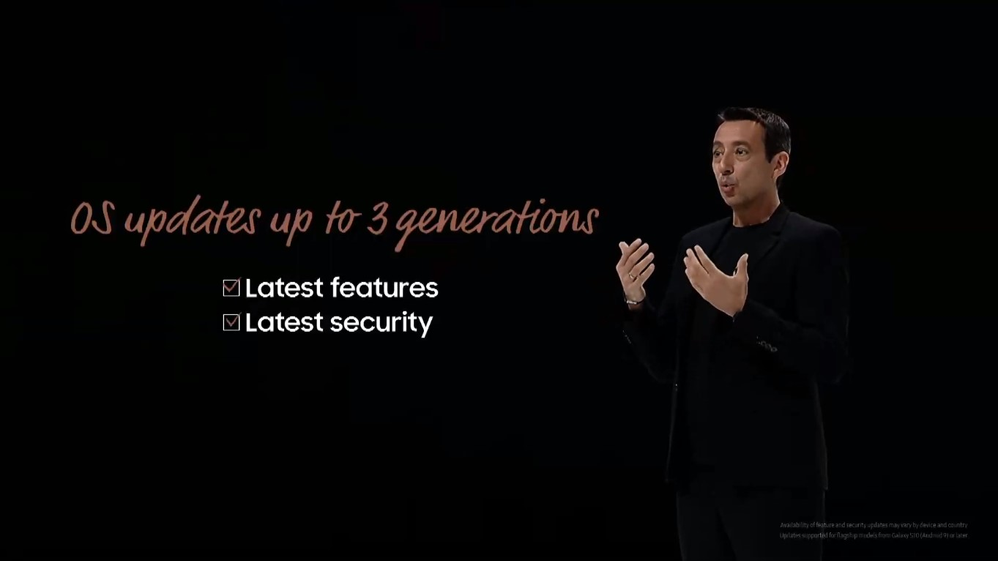 When Samsung took the stage studio to introduce the Galaxy Note20 (and more), it also came forward with a promise: It said it would provide its flagships with OS updates for up to three generations. The company never really clarified which devices would benefit from this and only said that updates were "supported for flagship models from Galaxy S10 (Android 9) or later." In a press release, the company has now published a complete list of all phones and tablets that will benefit from the new policy.

Samsung will provide up to three Android OS upgrades to the following devices:

As an example, the company says that the Galaxy S20 will receive the first of its three OS upgrades with Android 11 later this year, which will be followed by two more to Android 12 and 13 (assuming that's what they're named). This would effectively give you three years of system updates, possibly followed by security updates afterward.

As you can see in the image at the top of this article, Samsung initially talked about "up to" three generations of OS updates, and unfortunately, that limitation remains active in its press release. Let's still hope that the company does commit to its promise for most of its devices — we'll be sure to keep an eye on how well it's performing.