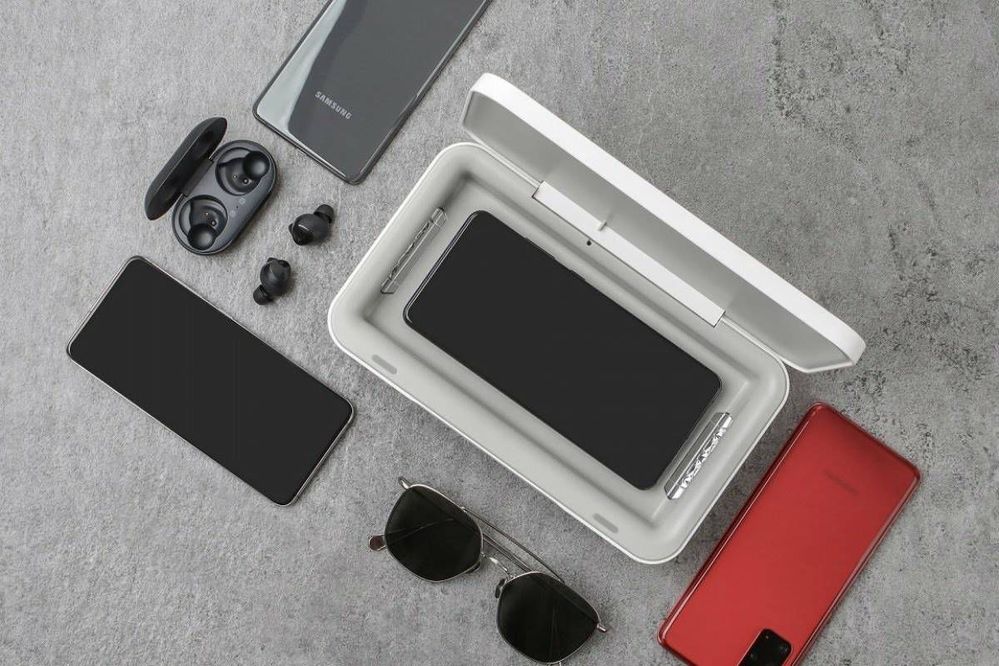 The UV Steriliser comes with dual-LED indicator lights to help users understand when it's working and when the sanitisation process is complete.

Samsung has announced the launch of a new UV Steriliser in India that will enable users to both sanitise their devices as well in less than 10 minutes. The device also comes with a wireless charger to charge various gadgets. The device looks like a white plastic box with a lid and can hold smartphones, smartwatches, earbuds, and other devices. Furthermore, the box can charge 10W compatible gadgets while they are being sanitised.

As far as the usage of the UV Steriliser is concerned, users can simply drop anything inside the sterilising box, close the lid and press the start button. The UV Steriliser also comes with dual-LED indicator lights to help users understand when it's working and when the sanitisation process is complete. According to Samsung, the UV Steriliser uses UV-C light to kill 99% of the bacteria and germs on both sides of whatever is placed inside the box.

Interestingly, this is not the first time Samsung has come up with UV sterilisation devices. At the height of Covid-19 crisis in March, Samsung launched a new initiative called Galaxy Sanitising Service in select countries including India. Under the initiative, Samsung offered to sanitise its smartphones and other gadgets for free at its service centres. Furthermore, as part of its hygiene initiative, Samsung also recently released a handwashing app for Galaxy smartwatches as well. So, it's not surprising to see Samsung joining the fray in finally introducing an affordable UV Steriliser in India, in fact, there are aplenty due to the ongoing Covid-19 crisis. As for pricing, the Samsung UV Steriliser will cost Rs 3,599 in the Indian market and the device will go on sale from August at all retail channels, including Samsung's own online store.